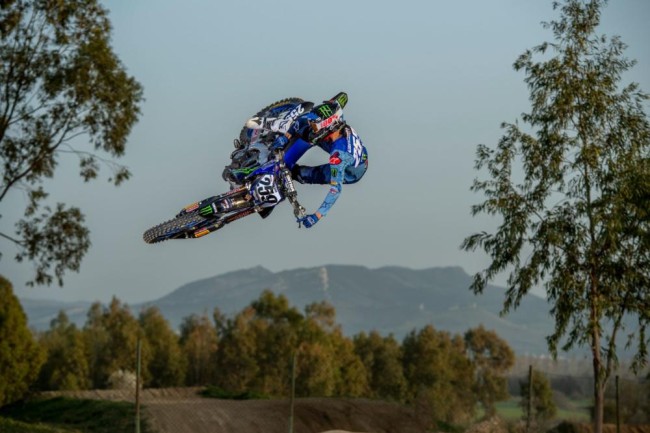 Motorsport.com caught up with Coldenhoff to discuss the 2021 season which kicks off in Russia.

The biggest difference between the KTM (GasGas) and Yamaha..

“It is of course a new engine. We rode for five years on a different brand. We have therefore tried to ride on as many different tracks as possible so that we were able to collect as much information as possible. The big difference is that before when we went to going to a job always had a set-up for that because I had already ridden there on that bike. Now that will still be a bit of a learning process. That’s really the only thing that is still a bit of searching. But with the base that we we can handle it on all the circuits”.

On making the transition to the Yamaha and if people underestimate the bike..

“We withdrew quite a bit in the beginning, hired a lot of jobs so that we could do our job. When you take such a big step, it makes sense that it takes a while before everything is right. The Yamaha is a good bike, but every rider has specific needs and preferences. We’ve worked so hard on that… and so we were able to make those important steps. I’m just super happy. Where the stories come from, I think It’s different, but I don’t care too much about it”.

On working with Herjan Brakke for the 2021 season..

“Herjan works as a test rider for Yamaha and a trainer for Hutten Metaal Racing. He also coaches Calvin Vlaanderen and [EMX250 champion, now MX2 rider] Thibault Benistant. I’ve always done it alone in recent years. Last year I went there. Ryan Hughes before and I thought it was important to have some extra eyes on the track to better approach certain things and prevent things from going wrong. That’s why I partnered with him, purely as extra support.”

“I’ve known him for a long time, have ridden with him for two years and we are very much in agreement in terms of how to deal with top sport. He is also really meticulous and very critical, so that goes very well together. With the switch to Yamaha, the circle was actually complete. I also have a nice training group with the men from Hutten and Benistant, who also really accelerates. That is the little extra that I may have missed.”

You can read the full interview on Motorsport.com, by clicking here.