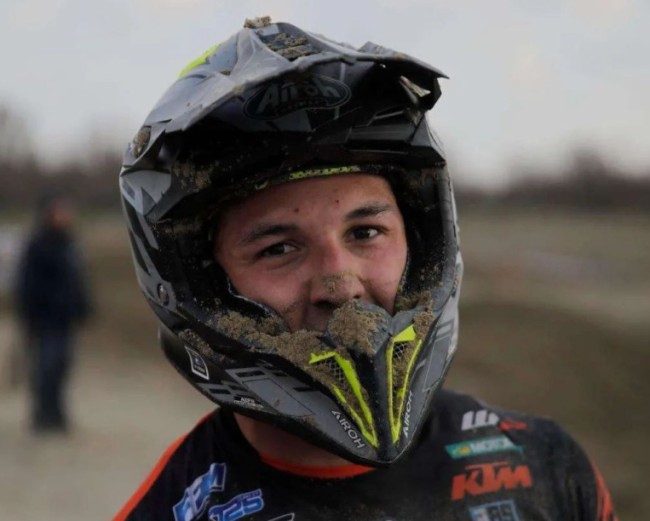 The team have decided to sign up Italian, Matteo Russi who will make the move up from the EMX125 series after spending a year with French based team, Tech 32 KTM.

Russi will now have a new challenge as he moves up to the 250cc and will focus on the EMX250 series. As well as that he’ll contest the Italian championship as well as the the Internazionali d’Italia MX series.

Matteo Russi: “I am very happy to join the Ghidinelli Racing Team. After a whole season spent abroad I am happy to come back to Italy. I have already started training with the team and I can’t deny that I feel really good in all aspects, especially with the bike that is totally new to me since I have never ridden a four stroke. I’m sure it will be a great season and that each of us will give our best to achieve our goals.”