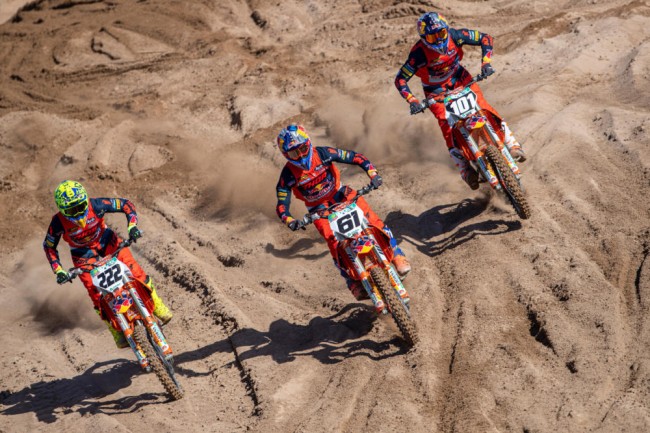 The Rome-based faction of the manufacturer’s exciting FIM World Championship line-up have shown their KTM 450 SX-F and KTM 250 SX-F ‘clothes’ for the coming GP term that is due to start in Oss for the Grand Prix of the Netherlands on May 23rd.

All images courtesy of KTM Images and Juan Pablo Acevedo.