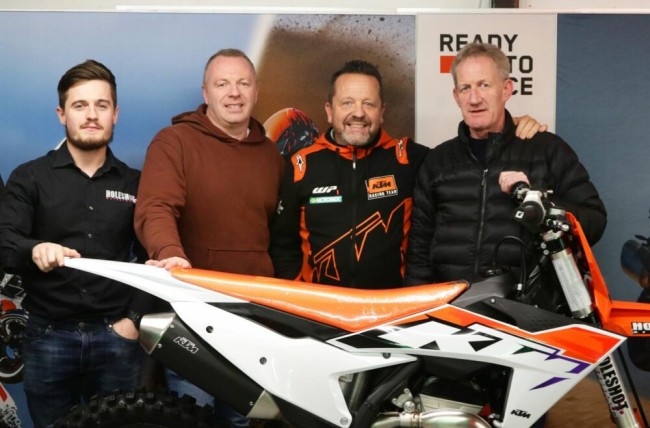 There will be a new structure in the British scene for the 2023 season with the new Gabriel Holeshot KTM team set to enter the paddock. The team will run Liam Knight in the MX1 class who has years of experience racing in the UK as a consistent top ten rider.

Liam Garland will also make a return to racing at the highest domestic level, he was a highly rated youngster and had some good results as a teenager. His father, Dave who is the Team GB Coupe de l’Avenir team manager will also be managing the Gabriel Holeshot KTM team.

Last but not least the team have also signed up youth rider, Alfie Payne to complete the team’s rider line up for the season ahead.

“Gabriel Holeshot KTM – We are proud to be backing the new Gabriel Holeshot Team for the 2023 season, with a three-rider line-up. Liam Knight MX1, Liam Garland MX2 and Alfie Payne MXY2. With Dave Garland managing the team we are hoping for some great results in 2023. More info coming soon”, the team stated on social media.