Edberg on Italian opener: Probably the worst race weekend of my career 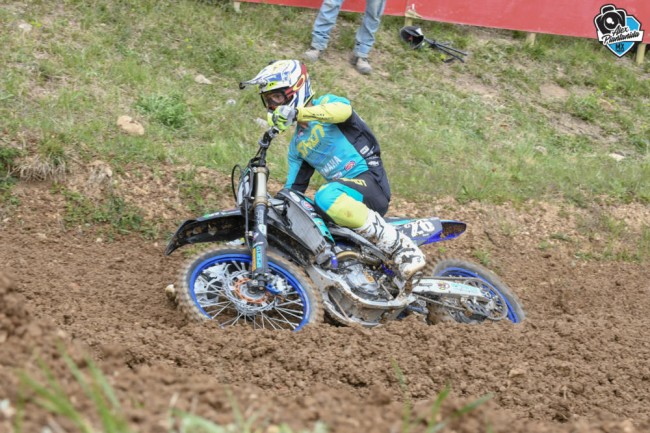 Tim Edberg went through the wars at the opening round of the Italian Championship which took place at Maggiora.

Between crashing, getting took out and getting a stone in the eye and having blurry version for the final moto – it’s a race Edberg will want to forget about!

“After landing on a guy (crazy crash), getting taken down (hitting my already bruised body) then lining up for the races on Sunday and of course I crash out on the first lap while I was in a good position (that crash was on me though) and having to take my goggles off because they where stuck with mud but then obviously I will get a stone in my eye, before I even could try to pick up a new pair. I couldn’t see anything from my left eye so I had to make a DNF. Going back to the medical center for the 3rd time trying to clean my eye up.

“Then I lined up for the second race and I will be honest I’m not the guy that makes excuses! But it was like blurred vision on my left eye, it was so scary to ride with and even though I road like crap I finished the race in 14th. When I probably shouldn’t even have lined up.

“I’m just In shock! I don’t know what to say or why, but I guess it’s unfortunately a part of our sport. My body is still really sore but luckily my eye has recovered 100% at this time so that won’t be a future problem. But I have to say I’m impressed by myself for going through that! Let’s focus for the next race and I will try my best to make it a good one”, Edberg stated on social media.