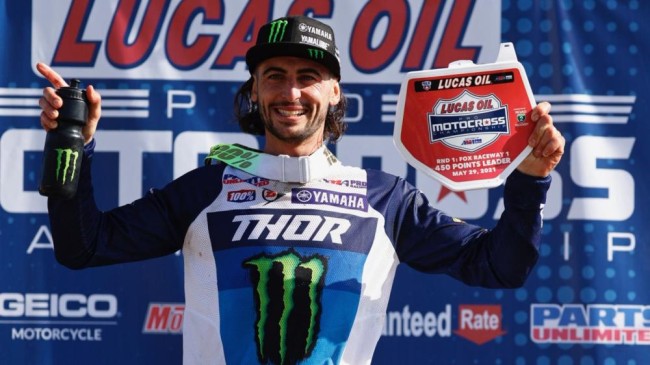 Dylan Ferrandis launches the “Trophy of the best Rookie”. Spearhead of the French motocross on the American continent, Dylan Ferrandis does not forget his history. In particular, the sporting path that allowed him to make his mark and reach the highest level of international competition.

Acknowledging the system put in place for years by the French Motorcycle Federation, the Avignon native wanted to support motorcycle sport in France by rewarding, with the approval of the latter, the “rookies” of the year in the four categories of the 24MX Tour, i.e. 85cc, Juniors, Elite MX2 and Elite MX1 and in the two categories of the French Minivert Championship, the 65cc and 85cc.

Dylan will pay a bonus of 1,000 euros to the French riders who will have obtained the most points at the end of the Championships concerned for their first year of participation, regardless of their age. Our three-time US Champion (two titles in Supercross, 2019 and 2020 and one title in Motocross in 2020) wishes to motivate all young riders to invest themselves to the maximum in the major French Motocross Championships.

Sébastien Poirier, President of the French Motocross Federation: “By launching the idea of a challenge rewarding the rookies of each category on the 24MX Tour and the Minivert, Dylan shows his attachment to the French motocross. I thank him obviously for this incredible endowment which will be appreciated by our various rookies, it also shows Dylan’s commitment to promote our young riders. A big thank you to him.”

Dylan Ferrandis: “I wanted to bring a small support to the motorcycle sport in France and to set up a reward for our best rookies in the image of what is done in the USA. There will be a bonus at the end that I will pay 100% of, the aim being to encourage and reward young people. I don’t ask for anything in return, I just want them to be motivated to ride and give their best.