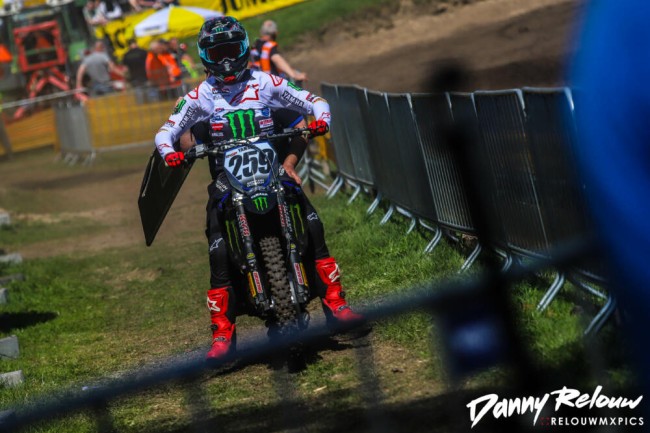 On Sunday May 1, the Dutch Masters of Motocross returns to Harfsen! In this penultimate round of the championship, anything can happen in both the 125, 250 and 500cc classes.

In the previous two rounds we already saw great battles in all participating classes between world champions from the MXGP, EMX and ONK. With the loss of the race in Oss, it is even more important to perform well in Harfsen in order to have a chance of winning the title during the final in Rhenen on June 18.

In the 500cc, it is heart to heart between Calvin Vlaanderen, Glenn Coldenhoff and Brian Bogers who have been making each other’s life miserable for two weekends. In the overall standings of the championship there is a difference of only five points between Flanders and Coldenhoff and between Coldenhoff. Tension between this trio is guaranteed, so even though Sven van der Mierden, Adam Sterry and Stefan Ekerold are also at a distance as privateers on the coast.

Rick Elzinga is in charge in the 250cc and has a small lead over his pursuer Lucas Coenen. Glen Meier is in third place after four motos.

Everything is still possible in the 125cc. Janis Reisulis may call himself championship leader, but within shooting distance we see Mirco ten Kate, Magnus Gregersen and Ivano van Erp. Van Erp showed what he has to offer in Oldebroek by commanding Reisulis to second place twice.

The final list of participants for Harfsen will appear on dutchmastersofmotocross.nl at the end of this week, as will the timetable. The 85cc will not start in Harfsen.