Dungey on coming back to racing – wants to win! 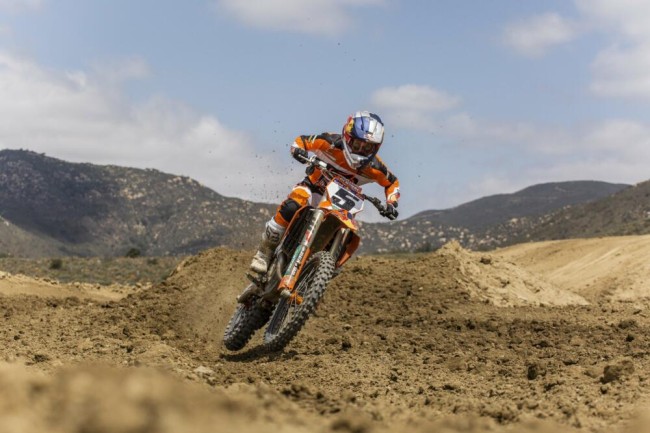 Ryan Dungey has opened up about his return to professional racing in the US outdoors motocross series in a brilliant interview with Steve Matthes on the Pulp MX show – and he has high expectations going into the US motocross series!

“This is something I’ve wanted to do for a while,” admitted Dungey. “I wanted that opportunity to be able to have that challenge and it’s something that i didn’t think was going to happen but things came together this year. I have always took care of my body, tried to stay in shape the best I could. Did I ride all the time? Not all the time, but I always stayed in pretty good shape so when I got bike on the bike things were really good.

“The guys needed a little bit of help out in California testing, the speed was good I felt good and there were some opportunities that opened up with some of the guys like Cooper, sitting out the outdoors and Marvin not doing outdoors either so I thought maybe there is something here. I knocked on the door and it opened up. I’m excited, these last two or three months I have been putting in a lot of time trying to prepare, it’s going to be tough, it’s been five years since I’ve been behind the gate so I’ve got a lot of work cut out for me but I am excited about the challenge for sure.

“This new bike, I was personally blown away by it, it makes you want to ride, it’s fun….The first thing in my head was maybe to do four or five races but then I got thinking about it and unless you’re all in it’s hard. We want to do the first two, if things go good we want to continue that down the road.

On expectations, Dungey said: “I think for myself, in all honesty I want to go out there and compete for wins, it’s a tall order but for me it’s just putting in the time, the physical prep, the motos, the intensity. I don’t know where I stand… just going to have to see where it unfolds. My hope is to be up there, winning and podiums for sure.”

Get the full interview below, including Dungey flying to Austria to talk to Pit Beirer and how Aaron Plessinger won’t know who Cairoli is, plus much more:

We talked about who would do better this season at KTM, Dungey or Cairoli, below: