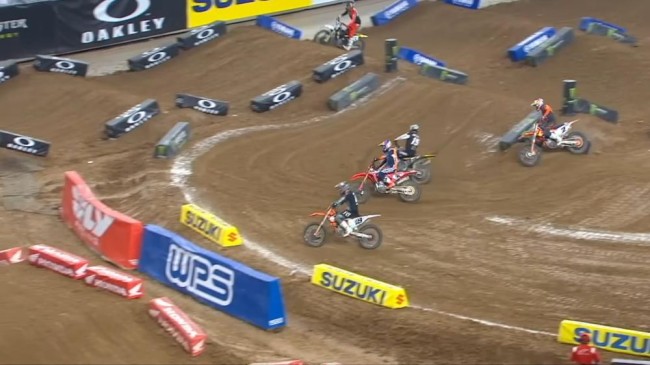 What a dramatic last lap at Houston 3 that was! Dean Wilson who was a lap behind got in the way of leader, Ken Roczen. Cooper Webb who was in second took advantage and made the pass for the win.

Wilson, wrote a message on social media offering his apologies to Roczen.

“First off, I f***ed up, I fully own this. I never knew it was the leaders behind me. Kenny, I’m sorry and sincerely apologize. I ruined your race and wish I could take it back. I know the fans are pissed and the team which I would be too. I hate that I was that guy in the way and ruined a win and a race. I should have been more aware of who was behind me, I just got locked into the guys ahead. You guys can tear me apart in the comments, do whatever you got to do. But I can’t apologize enough for pretty much being the idiot of the race. Once again I’m sorry, it sucks to be that guy”, Wilson stated on social media.

Here’s how @CooperWebb_2 got it done 👀

“Part of me wants to punch a hole in the wall, but I’ve been practicing my patience” 🗣 @KenRoczen94