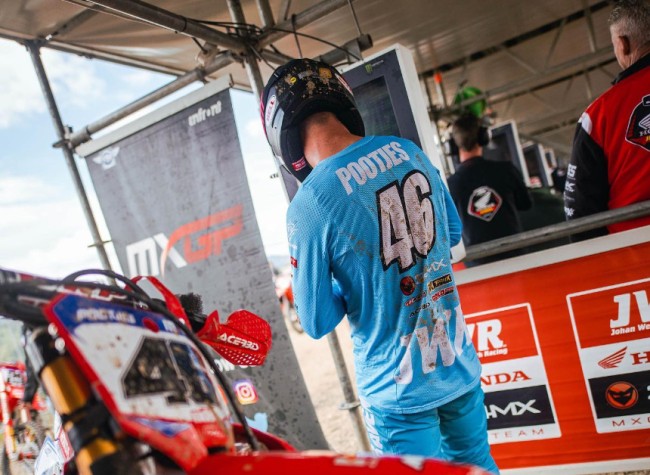 Davy Pootjes has announced that he has parted ways with the JWR Honda team. The Dutch talent signed with the team for the 2022 MXGP World Championship but his season was cut short due to injury.

For the 2023 season, JWR Honda have announced Alvin Ostlund but it remains to be seen if they will replace Pootjes for the year ahead. We will also wait to hear what Pootjes plans will be for the 2023 season and if he’ll stay in the MXGP paddock.

“Hi everyone, hereby I would like to let you know me and JWR Honda Racing will part ways for 2023. I would like to thank everyone at JWR Honda, and especially Patrik Erlandsson and JWR Westermark for last season for the hard work and believe”, Pootjes stated on social media.