Dave Thorpe on the 2021 British Championship calendar: Fantastic news for the sport! 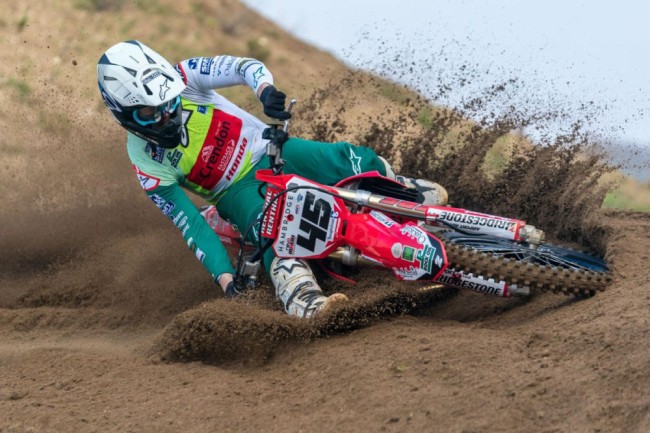 After months of uncertainty about the start of the 2021 UK racing season due to lockdown restrictions, the Crendon Fastrack Honda team will start its British championship campaign in just over five weeks.

The opening round of the British championship will see champion Tommy Searle and Jake Nicholls on the all-new 2021 Honda CRF450R plus MX2 rider Jay Hague on the CRF250R tackling the spectacular Culham circuit in Oxfordshire on May 2. The full eight-round series culminates at Landrake in Cornwall on September 5, it was confirmed this week. The series also takes in Duns in Scotland and Desertmartin in Northern Ireland as well as popular mainland tracks at Foxhill in Wiltshire, Lyng in Norfolk, Canada Heights in Kent and Blaxhall in Suffolk.

In recent months the team has been in the final stages of testing and developing the race bikes and are full geared up for a return to British championship action after the series was axed last year due to the pandemic.

Although the first round may be run without spectators, it’s planned the public will be allowed in to all other rounds thanks to great work between the organiser RHL Activities in liaison with the ACU and the UK Government. All rounds will be live streamed on the internet for fans who can’t make it to the races. The Crendon Fastrack Honda team will also contest the MX Nationals championship – as won by Tommy Searle last year. These dates will be announced soon.

Team manager Dave Thorpe said: “It’s fantastic news for the sport and for the whole team who are fully prepared and ready to go racing. We always believed the series would start in May so have been working towards getting everything 100% ready for then. It’s perfect timing for us as I believe that with Jake and Tommy on the amazing new CRF450R, we have the very best chance of winning the MX1 championship.”