Crockard, Bradshaw, Merton and Cubitt on winning the Vets MXoN 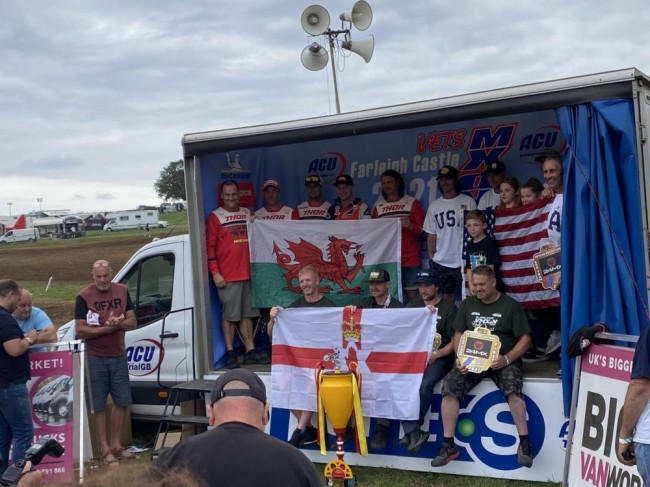 What a weekend it was for Team Northern Ireland at the Vets MXoN at Farleigh Castle as they actually ended up winning the Evo class and beat a host of big Nations including America who were many people’s favourites.

We caught up with Gordon Crockard, Neville Bradshaw, Tommy Merton and Trevor Cubitt as all four played their part in the team securing the win.

Gordon Crockard: In general the races went brilliant for me, I really enjoyed “racing” and hanging it out big time, dry throat and sweaty palms on the start line with the nerves, catching the guys ahead of me and making passes, almost crashing from riding way over the limit, kicking and bumping through gnarly rough bumps, bashing berms, laying the bike into ruts, it was class. I haven’t felt those sort of emotions and adrenaline in probably 15 or 20 years, it was a nice revisit to an experience I love.

I was proud, we deserved it, the guys put their backs into this event and took it seriously. Afterwards I joked with my friends and said “For one day and one day only – Northern Ireland, The greatest MX Nation in the World!”

I appreciate that some may not regard this win as important or to have any value, and that’s ok, but it is important to me and all the members of the team. If you know your mx history, check some of the names of who we beat, and have a look at some of the images of the machinery that we were up against, I can tell you that our competitors take it seriously and it’s an honour to win ahead of them.

Neville Bradshaw: I struggled with starts all weekend, but managed to stay in the top 4 every moto. The lads did an awesome job. Going into that final Moto it was all to play for and every single person stepped up to the plate. I’m sure nobody thought we had a shot at the win, and it feels so damn good. Thanks to the team for welcoming me, we all worked together a treat all weekend. Looking forward to the next one! 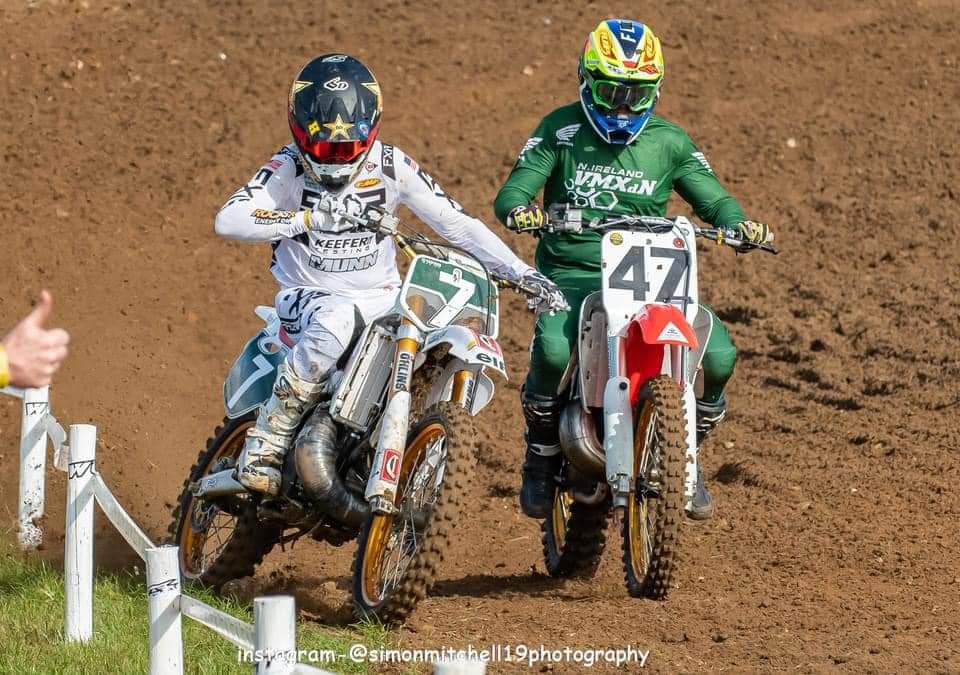 Tommy Merton: The first race was not great, I fell at the first turn and came from 60th to 22nd I think but my speed and lap times were fast. The second race was much better, at the start I found Nev and went with him, I fought though to 5th. The third race, I had good start being 3rd, there was first corner mayhem which dropped me outside the top 12 but I managed to go forward to 6th, I made 3 passes on the last lap with Ramon being one off them. In race 4, I had a good start and found Nev again and we went forward in tandem for 7th. It was good, a great track and hard company as no one gives an inch and I mean not an inch or you’ll be down. Nev and I thought we’d get a podium at least but we won it as a team and it felt great to do so. This year has been a funny old year maybe I will come back for a full season, the VMXDN was my goal to try to win as was king off the castle even if it took a year or two but it didn’t even take a year. What’s next is the question? Tinkerhill this weekend!

Trevor Cubitt: Starting on the 2nd grid, I fought strongly through from 40th+ in each race and had a lot of fun! Unfortunately, I was caught up behind some other fast riders and then tired too quickly, with a hard fall in one. I would have liked to have gotten away nearer the front, I think I could finished at least 3 to 4 places higher.

This was my first Vets MXDN and I’ve been luckily enough to part of the winning team, I was especially proud of the team and all the NI riders and supporters coming together to help us achieve victory. It was awesome. Neville and Gordon had very strong rides and Tommy had a fantastic weekend, running right up at the front.

Although it’s an amateur event, it’s taken seriously among all the competitors, proving a strong talent of NI riders. Special thanks to Gordon for the opportunity and to Nick Moores and PLR Suspension for the bike setup. Steven, Graham and Dan for all their help.