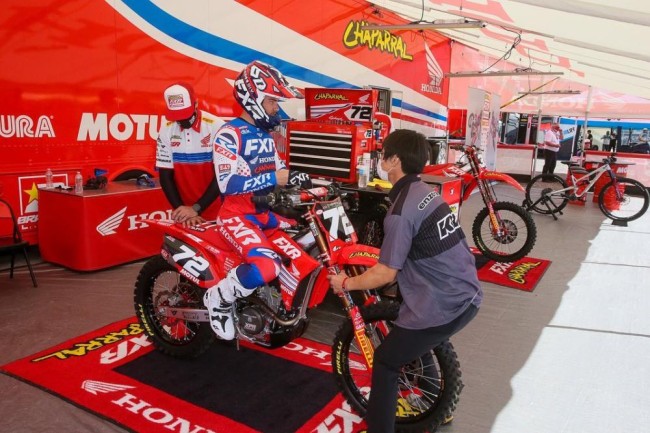 Coty Schock has been very impressive in the AMA Nationals this year on the FXR Chaparral Honda but the American has confirmed the team will close their doors after Hangtown this weekend.

It’s a shame to see the team close their doors but Schock is confident he’ll be able to land a good ride elsewhere and he deserves it after an impressive season.

“The world works in mysterious ways but I know one thing for sure and it’s that everything happens for a reason. As some of you may already know, FXR Chaparral Honda is shutting down which is unfortunate BUT I’m not done. Obviously I have a lot to figure out and it can be stressful but it’ll workout. Truly can’t thank Michael Lindsay enough for giving the opportunity to have the best equipment possible and letting me show what I’m capable of. Thank you everyone for the love and support this season, means the world to me and cheers to one hell of a season👊🏻 #schockwave #schockoftheyear”, Schock stated on social media.