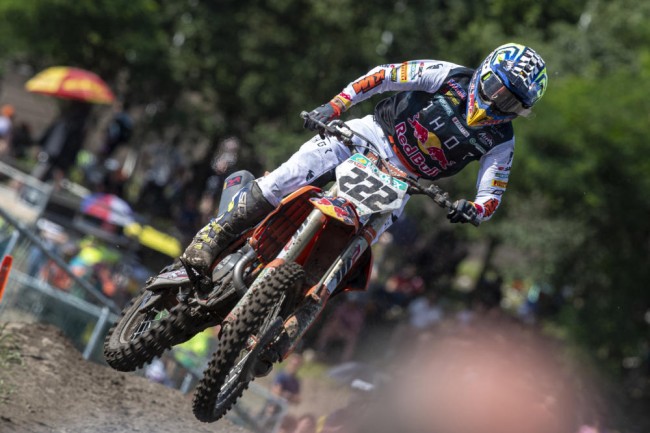 A team full of talent and ambition. Italy will present itself at the start of the Motocross of Nations with the desire to confirm itself among the best formations on the international scene. The anticipation for the 2021 edition of the competition is very high: last year due to the pandemic the event didn’t take place and this year it will be happen on the weekend of the 26th of September on the Mantova track. The IMF Technical Commissioner, Thomas Traversini, called:

The nine-time World Champion, Antonio Cairoli, will be the captain of the team; in full battle for the 2021 MXGP world title, in the first part of the season he once again demonstrated his great driving skills, accompanied as always by reliability and consistency. Mattia Guadagnini in 2019 won the 125cc World Championship with the Maglia Azzurra and today he is a great protagonist of the MX2 World Championship. Alessandro Lupino’s season was also very positive, in the group of the best of MXGP both during the race heats and in the general classification.

Giovanni Copioli, FMI President: “Finally we will return to attend the Motocross of Nations, one of the most intense and exciting competitions for both the public and the riders. I sincerely thank the teams and our guys who have enthusiastically accepted the call despite the fact that this year the Trophy does not run at the end of the season, as has always been the case, but in the midst of the challenge for the World Championship. The MXGP and MX2 rankings say that, on paper, we have one of the best formations and I am sure that the riders will give their best to confirm the values ​​demonstrated in the first part of the season”.

Thomas Traversini, FMI Technical Commissioner: “Ours is a very competitive team, as demonstrated by the results obtained so far by the riders. Once again they have shown a strong attachment to the Blue Jersey by making themselves available, together with their teams, to represent our country. Cairoli and Lupino are experts, they know perfectly how to run this competition. Guadagnini is on his debut, but he has already played many national team competitions at a youth level. Given the excellent relations that the Italian athletes have between them, there will certainly be a great team spirit, fundamental in these events”.

Podcast! Jonathan McCready and Andy McKinstry discuss two brilliant Grand Prix events in Turkey! Listen on iTunes here or get it on Spotify or YouTube below: