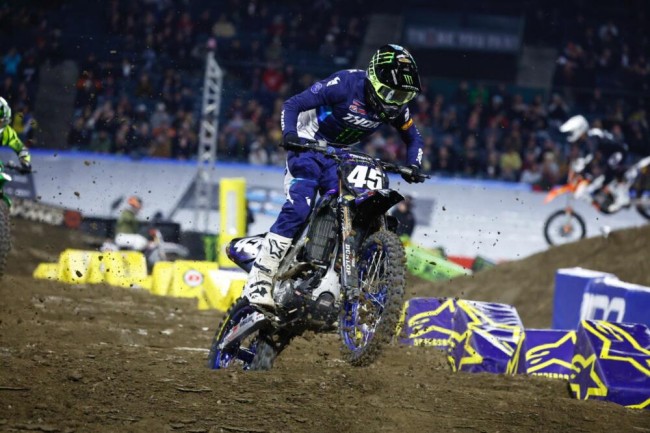 Colt Nichols has given an injury update on the big heat race crash that left the Star Racing Yamaha rider with two broken arms and some burns on his back, in a very tough blow to the flying Nichols and the team.

Nichols said: “It’s been a tough week, but I wanted to share a quick update with everyone. Unfortunately, my season was over before it started with my crash in the heat race last Saturday. I ended up breaking both arms and had surgery as well as a quick little skin graft to help with the burns on my back from when the bike landed on me. I should be heading home any day to begin the recovery process.

“Life doesn’t always make sense, but we must get back up and keep going. Just like my championship post said last May — To Hell And Back — because I’ve overcome far too much to stop now. Appreciate all the messages and support more than you can imagine.”