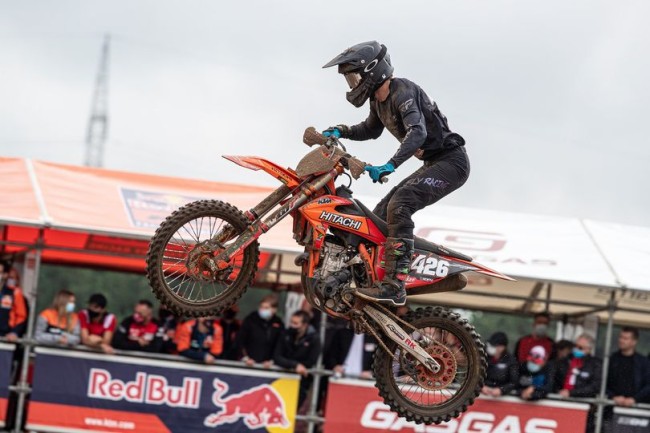 Conrad Mewse has announced he is leaving the Hitachi KTM fuelled by Milwaukee team in a shock statement saying:

“It is with regret I have to announce my departure from the Hitachi KTM fuelled by Milwaukee race team.

“I have proudly enjoyed winning 2 British MX2 titles for the team along with a podium result for Team Great Britain at the MXON and many other race wins.

“I would like to thank KTM, my loyal sponsors, supporters, fans, family and friends for their continued support. Although my plans are not yet in place for the new season, I can assure everyone that I hope to be lining up on the start line and seeing you all in the season ahead.”

The Brit has been with the team for a number of years now, winning British titles and delivering some strong GP moto results. It remains to be seen where Mewse will now end up with the season starting in just over a month’s time.