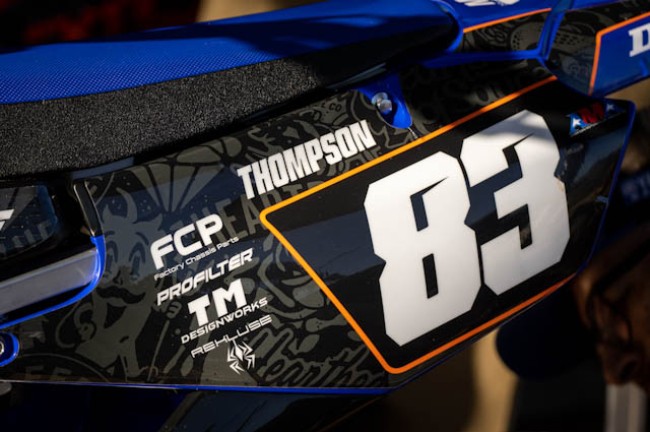 Fresh off the announcement of the team’s new title sponsor, Heartbeat Hot Sauce Co., Team Solitaire is excited to announce the signing of Cole Thompson to contest the 2023 250 West Supercross Series. Thompson will join German rider Dominique Thury to contest the 250 West Region round of the 2023 SuperMotocross Championship.

The Canadian rider has impressive resume that began with his first professional Canadian title in 2016, including a multitude of top ten finishes in the AMA Supercross Series. Most recently, Cole competed in the Australian Supercross Series, winning the final SX2 round in Wagga Wagga and finishing second in the championship standings.

Cole returned to the United States to attend Feld’s annual media training at Angel’s Stadium of Anaheim, then proceeded directly to the test track to ride his new 2023 Yamaha YZ250F team bike for the first time. He shared his excitement for the upcoming season, reflecting on the journey that led him here.

“Having been on a factory team in Canada for most of my career then done it on my own in 2022, it has given me a new perspective for what goes into building a proper race bike and program. It was an excellent first few days with getting adjusted to the team. I’m beyond stoked with how great the bike feels and all around it’s the perfect package to give me a great opportunity in 2023. I’m looking forward to what this season has in store for myself and the team. We’re ready go racing in a few weeks and a lot a great memories along the way.”