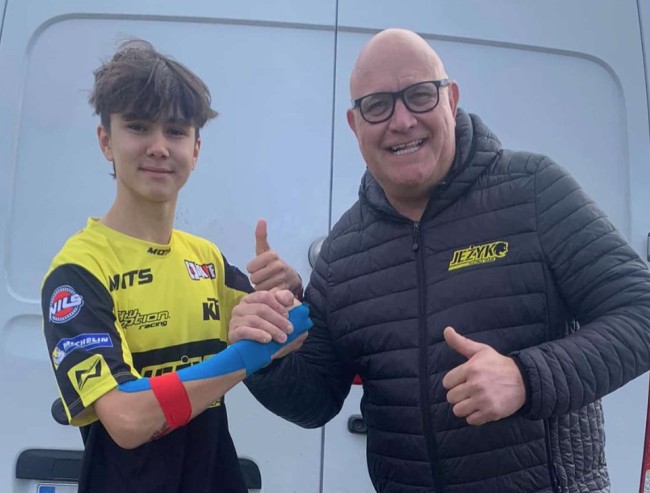 Spanish based team, Jezyk Racing Team has announced they’ve agreed a deal with young Spaniard, Carlos Salvador for the 2023 season. Salvador will contest the EMX125 series in what will be his second year in the class.

Now he has already had a season EMX125 class, Salvador will hope for better results in 2023.

“Carlos Salvador and Jezyk Racing Team have sealed a deal for the 2023 season. The Madrid rider will compete alongside Carlos Morchón’s structure in the 125cc European Championship in his second year in the category. Finishing in the tenth position in the Spanish Championship 2022, the young man made his debut in the EMX125 in Spain, where he managed to qualify and enter the racing, as he also did in the French Grand Prix of Ernée. Similarly, at an international level he is already familiar with tracks like Teutshenthal, in Germany, and of Lommel, in Belgium, where he raced this year. His growth is going really well and over the last few weeks he has started working with the team on board his new motorcycle for the upcoming course, the KTM SX 125”, the team stated on social media.