Coldenhoff on his podium and moto win at Lommel 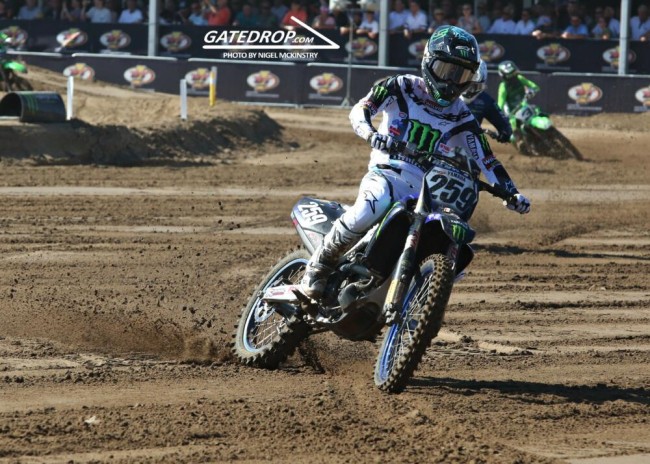 Glenn Coldenhoff took a moto win at Lommel despite being ill!

The Dutchman said in the press conference: “It was definitely a good day. Last week I got sick so I felt really bad coming into this weekend, I knew it was going to be tough and that I would not have strength for the two races. First one I took a bad start and it was really difficult, but I managed fourth. I kept all my energy for race two and got a better start, pushed in the beginning and could hold the flow for the entire race. I must be happy, it was a tough week and now we have time to recover”.

Coldenhoff is hitting good form now witn four rounds remaining and has also been chosen for the Netherlands MXoN team at Red Bud, a track he dominated at in 2018.

Glenn added in the Yamaha press release: “It’s been a tough week. I have been sick and didn’t do anything all week. Normally when you go into a GP in Lommel, you are prepared, motivated and confident you can win. I didn’t feel like that this time. My energy was low. I knew I had to preserve my energy in race one or I would have nothing left for race two. I managed to still finish fourth and knew that with a little bit of luck I could still take the overall win. But it didn’t happen that way. I have to be happy, and to take a moto win here in Lommel is also pretty special.”

Fifth overall Jeremy Seewer said: ““I did all the work today to be on the podium. I was one of the fastest out there, but I didn’t manage to put the puzzle together. The track today was completely different to yesterday. Yesterday was a cruise on the beach compared to today. I knew it would be tough. Looking at the positives, I had two really good starts and my speed was okay, but I made some mistakes at really crucial moments. My fitness was good; I felt great at the end of the race and could make some passes when the other riders were tired. Still, I am happy with my riding and I also collected good points for the championship.”

While Renaux who fought hard for sixth overall commented: “It was a tough GP, as we expected. Lommel is Lommel; that’s all we need to say; I think everyone except the Dutch and Belgian riders suffered. For me, it was quite a struggle. I tried really hard to make the switch in my head to turn it around in the races, and I kind of managed to do that. I rode pretty well with good pace for fifth and sixth, and just tried to make the most of a difficult day. It was not the best weekend, but we are still here and still charging after a podium finish in the championship.”