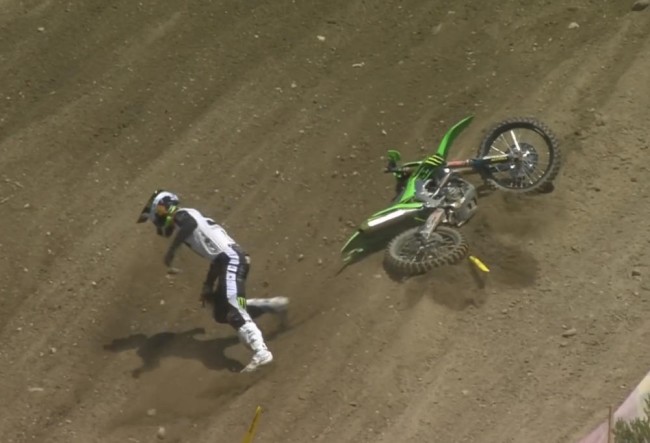 Adam Cianciarulo was setting a blistering pace out front at Pala in the first moto of the season until a big crash took the wind out of the Kawasaki rider’s sails. Unfortunately these are the type of crashes that have followed Cianciarulo during his career, just when you think he has it all figured out a big crash follows. AC ultimately went 7-12 on a day that had promised so much more.

Cianciarulo said: “Snagged a rock with my foot peg while leading the first moto at the top of the hill there. Snapped my shifter off. Day was shit from there, to say the least. Long season, let’s get to work.”

See the heavy crash below: