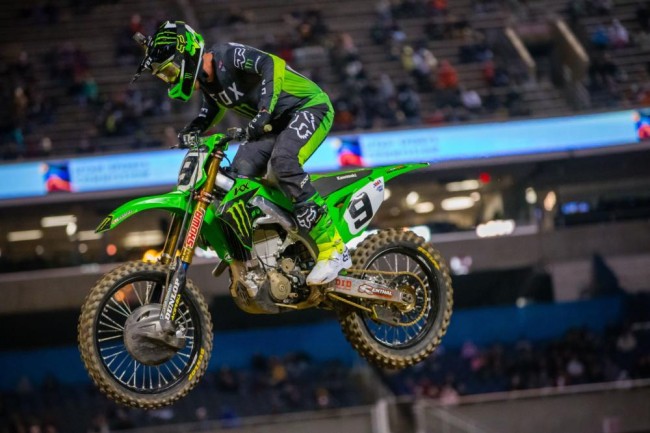 Adam Cianciarulo was havinghis best main event of the season so far at Orlando 2 battling for the win but unfortunately took a nasty crash.

The Kawasaki rider has now revealed that he broke his collarbone as a result of the nasty crash and faces some time on the side-lines.

“A lot of time and effort goes into each season and it’s extremely frustrating to have a set back like we did this past weekend. I broke my collarbone and I’m gonna be off the bike for a bit. I’m really pissed off at myself for making that mistake. It’s completely unacceptable. I won’t be discouraged, though. I love what I do and I put my heart and soul into it. I’m going to keep working on the things I need to in order to reach my goals. Simple as that. I appreciate my supporters and I’ll keep you guys updated”, Cianciarulo stated on social media.