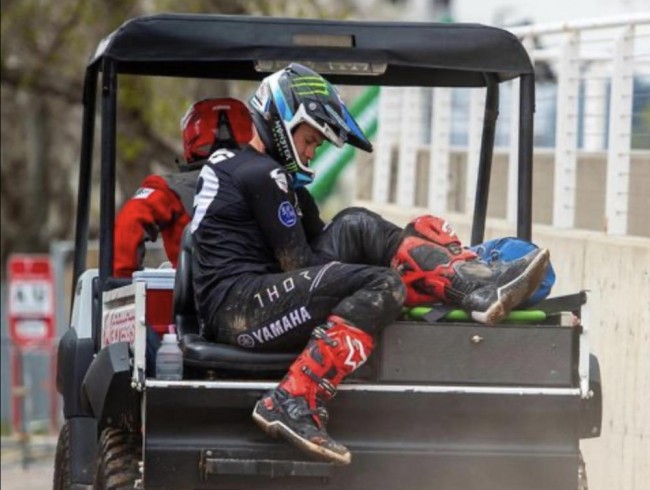 Christian Craig has revealed it looks like he has fractured his fibula and sprained his ankle after his big crash in qualifying that ended his 250 supercross title dreams.

A devastated Craig, who is due to ride the 450 for Star Racing Yamaha outdoors, said: “It’s hard to put into words, we’ve been working so hard this season. Things were going so well at the start of the day and then I was on the ground. I tried everything to race but just couldn’t put any pressure on my leg. As of now, it looks like I fractured my fibula and sprained my ankle. We’re going to get checked out at home and get ready for the outdoor season.”