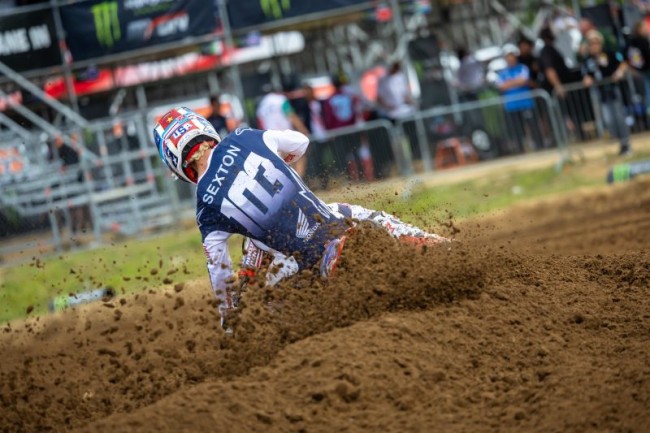 The Honda family in America have some very talented riders under the awning at the moment with the Lawrence Brothers and Chase Sexton big riders for the present and future. Whilst their foreseeable future is racing in America, Chase Sexton and Hunter Lawrence didn’t rule out racing the MXGP World Championship in the future when we asked them at the MXoN.

“I really do hope actually that in the future I could come over and race MXGP. I don’t know if it is going to be a possibility but this weekend (at the MXoN) seeing how professional it is and how everything is ran, it’s really cool. I wish there was a little bit more of a connection between Supercross, AMA Motocross and MXGP, that we could all come together and race each other. Maybe towards the end of my career I will come over and race MXGP”, Sexton told GateDrop.com

“I think that would be cool going to different countries. We obviously only race in the States so I would really enjoy that. I think to go over there, you would see a lot more people, different fans – not that the USA fans aren’t good but you see so many different cultures which is one thing I would hopefully like to explore. I want to win a Supercross and an outdoor championship here before that so that is my main priority right now but like I said, I’d like to get over there and race”, added Sexton.

Hunter Lawrence already has GP experience after deciding to make the move to Europe from Australia before heading to America. He knows how competitive the racing the GP paddock with experience racing the MX2 World Championship but would have less unknowns as he’s experienced it before. Lawrence also believes he is a better 450cc rider so perhaps we could see him race MXGP in the future. Like Sexton, his goals are to win titles in America first.

“I miss how good the Kebabs are in Europe. The Kebabs are so good and the food is pretty good. But I don’t know, it’s not like I won’t ever go back. At the end of my career, I would love to do something over there. I am enjoying it here with were my family are and stuff, the position we are in but I can’t complain with the life I have here now. This is more than what we ever dreamed of so we are doing well”, Lawrence told GateDrop.com. 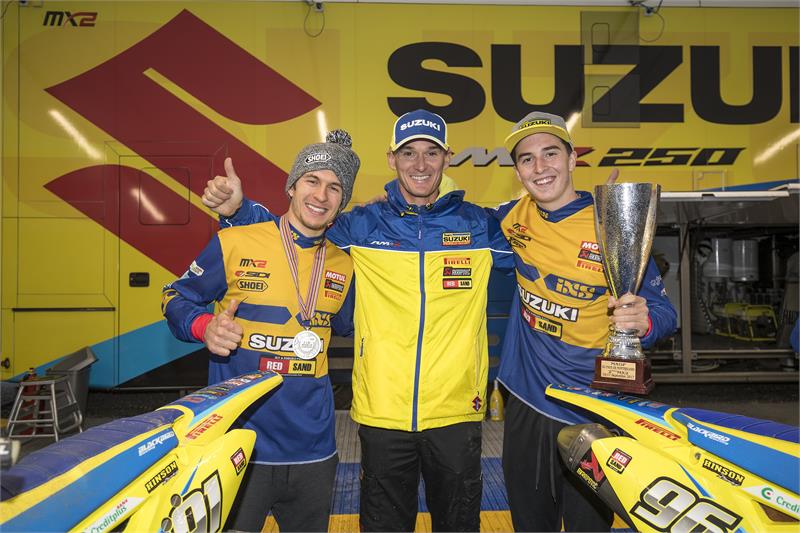 Everts with Lawrence and Seewer back in 2019. Image: Suzuki

“Towards the end of my career and hopefully when I have some championships and titles. I would love to come back and do a year of the GP’s if I am getting tired of the hectic schedule here, who knows? I enjoy it and maybe I wouldn’t live in Belgium… but maybe I would. I think the fact that we have done it before so we know it a little better, it would be cool. I like the schedule and the travelling and stuff. It’s enjoyable and when you aren’t under financial pressure and doing things on your own and got your own deal going on, I think it is very enjoyable”, concluded Lawrence.