Catching up with: Tomas Kohut! 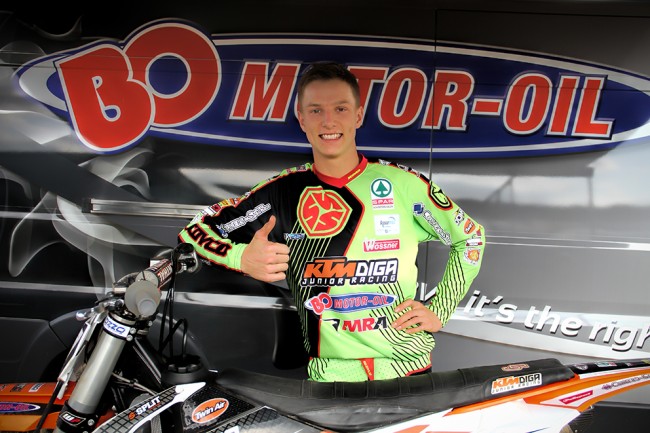 Two serious knee injuries halted Tomas Kohut’s season even before it had truly started. The likable KTM Diga Junior Racing EMX250 competitor had to re-adjust his goals but since he’s back on track he hit the ground running. Encouraging results in international races prove that there’s a lot more to come from the 18-year ol Slovakian. This weekend Tomas lines up for the EMX250 final in Villars-sous-Ecot, France.

First of, congrats on your MX of Nations selection!
Tomas Kohut: “Thanks, I’m proud that I get to represent my country in the Olympic games of motocross. Matterley Basin will be my second MXoN because I rode Maggiora last year too. Unfortunately we didn’t make the A-final, but maybe we can this year. I made progress since last year and my team mate Richard Sikyna is on a similar level. Sykina competed in some MX2 GP’s and rides in the ADAC series this year. Our third rider, Tomas Simko, is not so well known he’s mainly racing in Slovakia.”

Actually, it’s a small miracle to see you back on the bike and reaching a good level already.
Kohut: “In a way it is, yeah. I first injured my knee in Lommel a little later I did the other one during our training camp in Portugal in February. The final diagnosis was a tough blow: broken meniscus in the left knee, and in the other knee both my meniscus and the ligaments were broken. I hadn’t competed in one race this yet I would be out for at least three months. Normally it’s even much longer. Luckily I had a good doctor. The recovery time for the meniscus is kind of okay but they used a special materials inside for the ligaments to speed up the rehab process.”

Going into the season, before you suffered the injury setbacks, what was your goals for 2017?
Kohut: “I had a good season in the winter time. I didn’t really have a precise goal or target position in my mind. Last year my best EMX250 result was 17th so of course every year you want to improve. If I race I always want to give it 100%, that’s the first objective. Riding with a good feeling and remaining consistent counts the most for me this year.”

In International races you recorded some strong results the last few months. You had some podiums at home in Slovakia, you made the podium in the Belgian Championship rounds in Axel and Hasselt, you won the MX2 class in Wachtebeke, you had a seventh overall at the Gaildorf ADAC round…
Kohut: “Yeah, things have gone pretty well so far. Obviously the level of competition can be very different from race to race. My second moto in the ADAC Youngster Cup in Gaildorf where I finished 4th was probably my best race. At least we can say that I’m improving al the time.”

How did the first EMX250 event in Switzerland go?
Kohut: “First of all I was pleased just to be there! My speed in time practice was not great and I was relegated to the Last Chance Qualifying race. Nothing to be happy about. Luckily I did well in the LCQ, without taking unnecessary risks I rode to second. My first moto was quite good because I finished 18th after a bad start. On Sunday I was again handicapped by my bad start gate position but I finished 17th.”

With a better start you could fight for top-10 this weekend?
Kohut: “I’d like to think so. It would be a great way to wrap up the EMX250 season by taking a top-10 in Villars this weekend.”