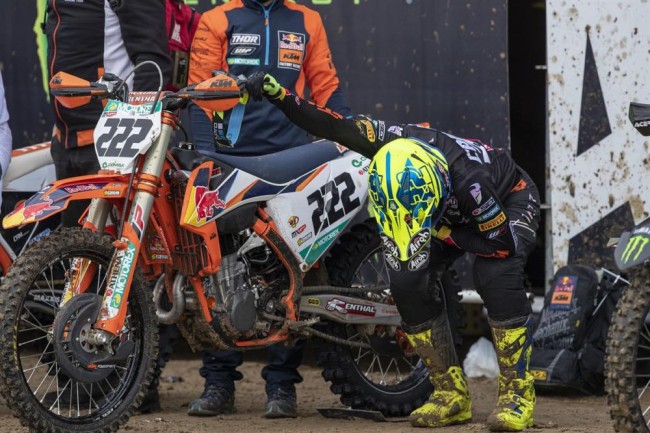 Red Bull KTM’s Tony Cairoli will soon be joining teammates Jorge Prado and Mattia Guadagnini on the Malagrotta test track after recovering from minor knee surgery carried out in Belgium in early December. The Italian had been dogged by a damaged left joint throughout the 2020 season; the insecurity, pain and repeated swelling of the knee affected his qualification performances and he was absent from the list of eight riders to have earned Pole Position from 18 rounds last year.

Cairoli’s lowly gate positions were a handicap for effective starts although he still raced to his tenth top-three championship classification since joining the premier class in 2009. In the wake of the procedure, the 35-year old is now able to consider his return to the saddle of the KTM 450 SX-F.

“We knew the cartilage was already damaged and the operation didn’t help too much, but we took out some pieces of the broken meniscus, so it was a clean-up,” he said. “The recuperation is going a bit longer than we expected and I’m not riding yet. Hopefully I will start in two weeks, until then I’m just building up muscle in the leg. I can afford to wait a little bit because we have some time before the GPs start.”

2021 will be Cairoli’s twelfth campaign as a Red Bull KTM rider.