Are Honda bringing back the glory days? 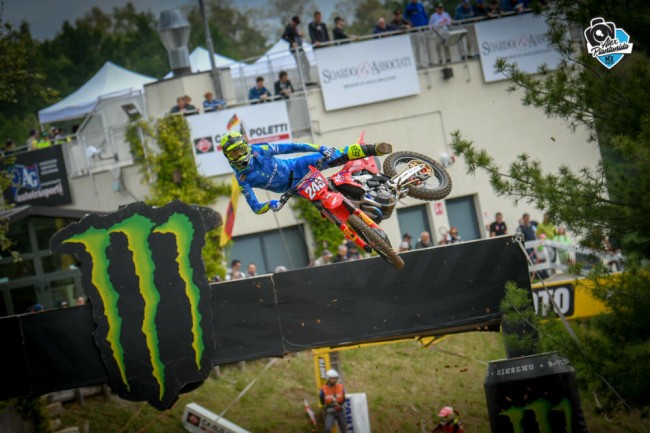 In the 80s and 90s Honda were the kings of motocross and supercross in the highest level of racing across the globe. From Malherbe, Geboers, Thorpe and Bayle in the Grand Prix series to the long US dynasty with the likes of Hansen, Bailey, O’Mara, Johnson, Lechien and even Micky Dymond and George Holland were winning outdoor titles on the 125 as their counterparts won in the 250 division. With five-time world champ Roger DeCoster steering the US ship along with Dave Arnold, the had the best management structure as well and brilliant machinery.

Things didn’t end there as Stanton and Bayle were next on the US conveyer belt as the 90s came to fruition, then the King of supercross, Jeremy McGrath, took over in the mid 90s as Steve Lamson won the 125 Nationals in 95 and 96 after Henry took the same title in 93 and 94. In Grand Prix it was Everts winning in the mid-90s after Albertyn won in 93 with Puzar adding a 125 title in 95, and Hansen a 500 title in 94 before the four-stroke revolution.

Honda was the bike to have, they had the charismatic stars to ride them and the right technical people to run the teams and work on the bikes. Some of the most iconic and stylish riders of all time are still synonymous with the brand after their success 20 or 30 years ago. Honda had it all.

But after Ricky Carmichael left in 2004, things went quiet again. It wasn’t until HRC came back with a bang in the world championship with Tim Gajser on board, have things started turning around for iconic Japanese brand. Gajser has now won four world titles for Honda, including his first ever title in MX2 back in 2015 and the Slovenian now looks set to add a fifth world championship (fourth in MXGP) with some sensational form in 2022, but it’s not just Tim Gajser flying the Honda flag anymore, even if he is leading the way.

US Honda signed the star power of world and US motocross champ, Ken Roczen, in 2017, a sign of intent of getting back to the top in America. They knew they had signed one of the most naturally talented and globally appealing riders in history with no expense spared, but injury struck and Roczen’s story hasn’t quite had the championships during his Honda years so far, even if the appeal and speed are still there as evidenced again this outdoor season.

But behind Roczen and Gajser the talent is flowing again, it’s not all on their shoulders. Chase Sexton is America’s big young hope and leads the US nationals after four rounds, Roczen is still very much in the hunt in third and the Lawrence brothers again with that global appeal and textbook riding styles, are 1-2 in the 250 class. It has been nearly 20 years since Honda have seen such riches in the US.

But MXGP isn’t missing out either. The aforementioned Gajser is dominating the world championship right now and looks at one with his machine but crucially, as evidenced at the Indonesian Grand Prix just a week ago, the supporting cast is strong as well, with Mitch Evans and impressive rookie, Ruben Fernandez, making it three of the top six on Honda’s and two of the top three on the podium riding red!

As things stand in 2022, Honda is leading the way in motocross at the highest level in MXGP and America. Winning sells as they say but along with the results they have riders who have exploding popularity across all corners of the globe and are all great role models for the sport. It’s a marketing dream on all levels, with winning riders from the US to Australia, Slovenia to Germany, Honda are picking up the right talent and providing the right package to do the job.

At the end of every race weekend, red is once again all over the websites and social media videos, the success is flowing like it’s 1986 and nothing brought that home more than the opening US motocross round at Pala. The modern era met the retro style and put Honda on top as Tim Gajser simultaneously led the MXGP world championship. It was like everything came full circle for Honda in that moment.

We caught up with Gordon Crockard, a former Grand Prix winner with Honda, and now Off Road Manager with the brand about his memories of the 80s and 90s and to get his inside view of Honda’s current success in MXGP and AMA racing in 2022.

1. What are your memories of that 80/90s era with Honda and do you feel we are starting to see something similar now across MXGP and AMA –  has this been a long term goal and plans coming to fruition?

My memories of the 80/90’s era with Honda are that of winning and market share dominance. Honda were winning globally across all the categories in Motocross and Supercross and from local club level through to international level, the majority of bikes in the races were Honda CR machines.

Evidence of Honda’s popularity during those decades is still present to see today by simply looking the quantity of Honda’s competing at the Veterans and Evo racing events that take place currently. Or even the multiple versions of replica bikes of past champions that are Honda sporting the #1 plate that are owned by collectors or admiring superfans of that period. Honda won all the major titles in MX and SX during those years, even I can recall title dominance closer to my roots at Irish and British Championship level, I basically grew up watching Honda win everything.

The goal of Honda is to win, we strategically plan our racing activities.

2. Three Honda’s in the top six in Indonesia and Gajser domination in the MXGP championship – was there a decision after last season to attack that class in terms of rider depth/quality? Ruben has been fantastic and mistake free recently, Evans impressive after his wrist injury and now Fredriksen coming in too. It must be very satisfying for everyone at Honda!

No decision was made after last season, however prior to then, and after over 20 years of being absent, Honda made the decision in 2014 to invest Team HRC in the MXGP category with the objective to win within 3 years, Tim Gajser accelerated the timeframe by a year and since 2016 inclusive has won 3 titles out of his 6 attempts during his term as an HRC rider, and currently Tim is leading towards the victory of this year’s 2022 title and he and Team HRC may well make it 4 titles out of 7 attempts.

In his rookie season in MXGP, Mitch suffered a terrible complicated wrist injury in 2/3rd’s through the 2020 season, which led to him missing the entire 2021 season of riding. That injury halted all of his career progress and development plan, however he is climbing back up and showing great potential to make it back on the podium again.

Ruben is in his learning year, he has exceeded his potential on many occasions and demonstrating himself with maturity and patience, as he gains more 450cc experience it all builds encouragingly towards the next years, so we are very satisfied with how it’s going for Ruben with Honda.

Let’s see how Hakon fits the CRF450R in a race setting, we know his level in training already.

3. As well as being 1-3 in the AMA 450 class, Honda are 1-2 in the States in the 250 class which is almost perfection, what are Honda’s next steps for MX2 Grand Prix and getting red bikes up front there – and how much contact do Honda in Europe have with the US teams regarding bike development etc?

Yes, you are right that Honda are making great results in the U.S too, as the American motocross series is globally followed and broadcast worldwide it makes for great promotion of our CRF model range to all of our market regions, not just America.

We are currently discussing our MX2 plan internally, which until a time of conclusion it remains confidential within Honda management.

Regarding Honda teams communicating technical information directly with each other on any subject related to bike research & development, this is largely uncommon due to contractual agreements inclusive of intellectual property rights held by Honda or/and the team. Within Honda we have our own technical R&D departments who can support any of our worldwide teams for any technical matters related to development of Honda components.