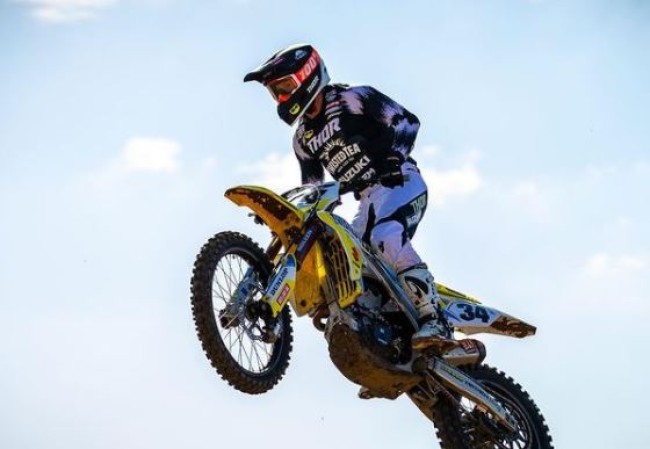 Max Anstie appears to have crashed at State Fair MX just days away from the Houston opener. The English rider had put a picture of himself of a neck brace in hospital and zoid photos mentioned on Instagram that Anstie had went down hard.

We are still waiting for an official update on the Twisted Tea Suzuki rider, lets hope it’s precautionary and not as bad as it looks!