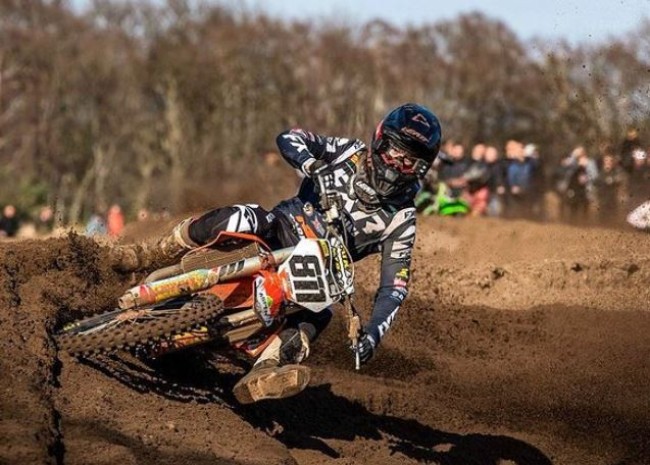 2022 was the first year in a while that Adam Sterry’s main focus wasn’t within the MXGP paddock as he signed with the Sarholz KTM team to focus on the German ADAC MX Masters series.

It has now been confirmed that the Brit will stay with the same team for the 2023 season – he’ll be reunited with former team mate, Henry Jacobi.

Sarholz KTM posted the following statement on their social channels:

“Also in 2023 the Brit Adam Sterry can be found under the KTM Sarholz Racing Team tent and contest his second full season of the ADAC MX Masters. The entire team is looking forward to the 2023 season.

Adam Sterry: “I’m really happy to be racing with the KTM Sarholz Racing Team again in 2023! I really enjoyed working with the team this year and I’m looking forward to getting back to work with a full off seasons preparation and testing ready to fight for the title.

André Sarholz: The team and I are super happy that Adam (Sterry) will continue the successful relationship with our team throughout 2023 He has shown heart and determination in the past season. With the right preparation in the off-season, not just we, but the fans, can look forward to see “The Stezzer“ race another full ADAC season for the win”.