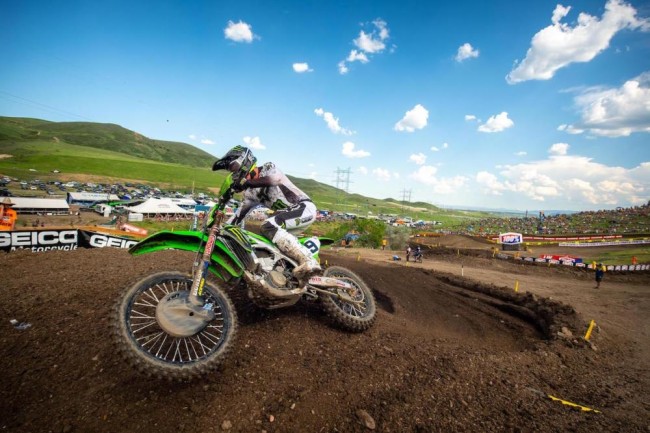 Adam Cianciarulo has confirmed Ken Roczen’s claims that we wasn’t feeling too good outdoors coming into the season with AC admitting he was much faster than the Honda rider during a practice session at Lake Elsinore – but now Roczen is beating him when it matters at the races!

On their friendship and Roczen’s turnaround in speed the candid Cianciarulo said in the press conference: “It’s been a long time. When he’s in California and I’m in California if we’re riding outdoors, we’ll hang out, wake up and ride. I’m at [James] Stewart’s and he’s at Sandbox in Florida right now, so we don’t get to ride together too much. Kenny has been one of my best friends since I just turned pro, like 16. As soon as he came over and we were all training together and stuff. So, I talk to him all the time. Mostly not about dirt bike stuff. It’s funny. We’re pretty transparent with each other and what we’re thinking about, what’s going on in our lives, in the sport and all that stuff. He was definitely not kidding when he said that he was coming in and wasn’t sure where he was at. He’ll tell you. We did a moto together in Elsinore a couple weeks ago and I put some time on the man. He beat me by 36 seconds the second moto. I’m like, come on, man.”

Roczen currently leads the championship with 90 points having won three out of four motos but only has a one point lead over Dylan Ferrandis with Cianciarulo lying sixth in the championship on 58 points.

“He beat me by 36 seconds the 2nd Moto” – @AdamCianciarulo 🗣 @KenRoczen94 wasn’t the only one surprised by his results 😂 #ProMotocross pic.twitter.com/eulsxdy4Z1