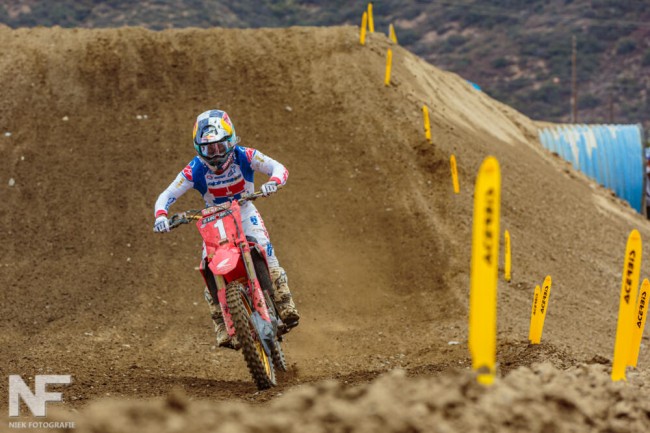 In the opening 250cc race it was Justin Cooper who held the early lead and pulled away at the front of the pack. After a difficult opening round he was looking back to his best but then had a crash which allowed Michael Mosiman to get himself into the lead.

Mosiman was able to pull away at the front to dominate proceedings at his home race – an impressive ride. Jett and Hunter Lawrence didn’t get the best of starts buried in seventh and nineth on the opening lap. Both moved forward and Hunter actually passed his brother for third but then crashed dropping him down to sixth but he was able to make a couple of passes to finish fourth behind his brother. Jett is dealing with a sickness and certainly didn’t look his best.

In race two, Jett Lawrence was able to get a much better start which always makes things easier. Race one winner, Mosiman was in fifth before a crash and a damaged bike meant he couldn’t continue but it was on at the front.

With Jett leading the way, Cooper was keeping him honest with Jo Shimoda and Hunter Lawrence riding really well. After passing Cooper to go into second, Shimoda then had a small crash which could have cost him the race win as he was catching Jett.

Hunter was all over Cooper and made a move on the final lap for another Lawrence 1-2. It was a big win for Jett to take the overall despite being under the weather. 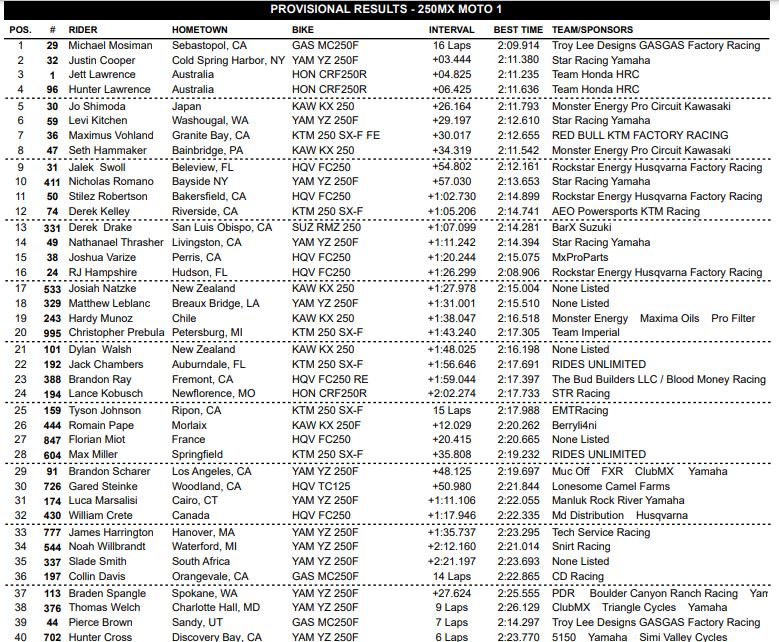 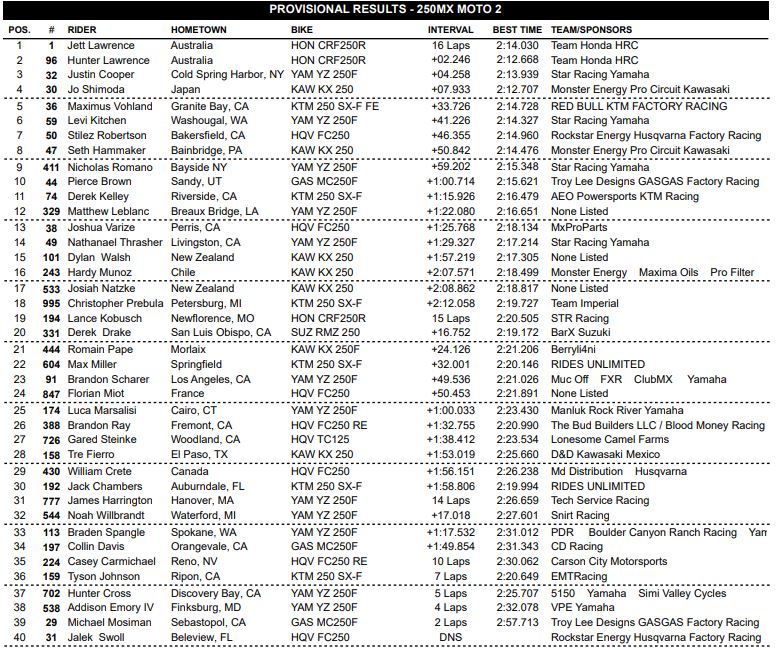 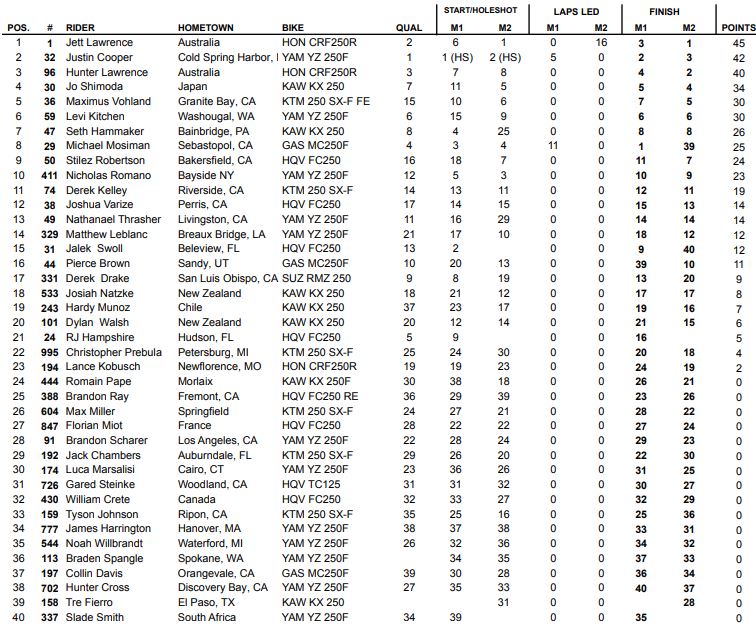 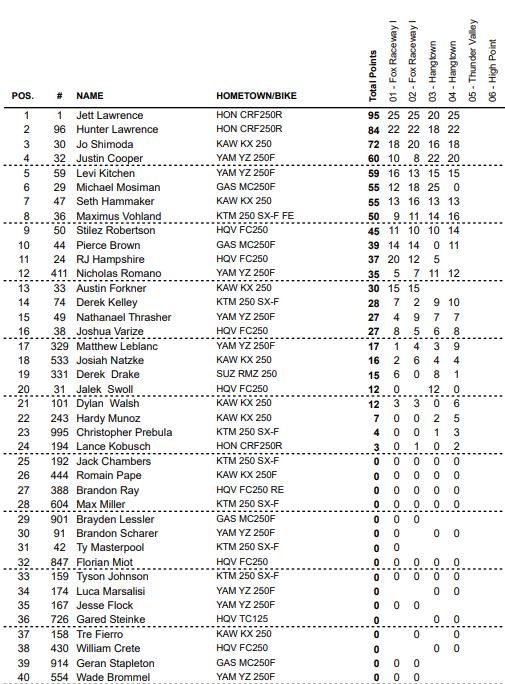