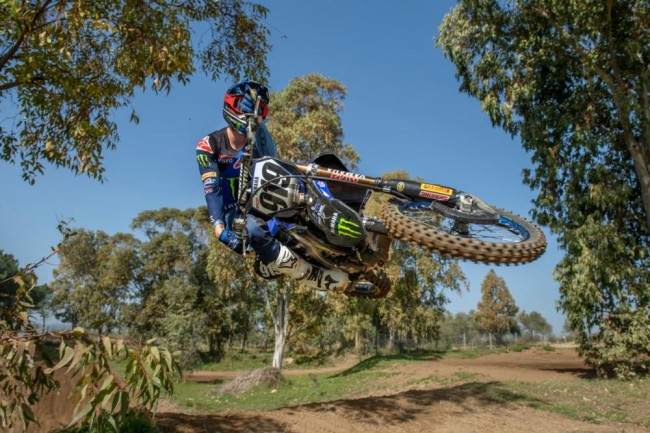 Due to the pyramid system used by Infront Moto Racing and the U23 age rule in the MX2 World Championship, it means there’s always plenty of new riders moving into the MXGP series each year to race against the best 450cc riders on the planet. We take a look at the new additions in the class for the 2021 season.

When Gautier Paulin announced his retirement last year, the Factory Yamaha team were on the look out for a replacement MXGP rider and they decided to place trust their own. Ben Watson had a good year racing the MX2 World Championship last year finishing fifth in the championship and claiming two GP’s victories along the way. The young Brit has a nice, smooth and technical style which should actually suit the 450cc much more than the 250cc.

In pre-season, Watson has looked very strong and at home on the 450cc Factory Yamaha even beating Jeffrey Herlings in a moto at the Lyng British Championship. The true test for Watson will come in the slick hard pack tracks, if he can master the big bike in those conditions there’s no doubt he can be in the mix. Having Glenn Coldenhoff and Jeremy Seewer as team mates is perfect because he’ll be able to learn from them and he’ll be under less pressure to perform during his rookie season which could benefit him.

Heading into the MXGP season, Watson is feeling relaxed and that seems to be when he performs his best level. “I don’t have any extra nerves because this is my first MXGP year and the team have been very supportive in that way. They want me to learn and to keep ‘building’ as much as I can. Getting used to the 450 has not been a huge challenge because I’ve been given a great package from the word ‘go’ and I trust it. It’s already been proven. Racing is different to training but it’s been enjoyable. I’ve been getting used to the new engine and not messing around too much with suspension because I still have a lot to learn about the 450”, Watson told Adam Wheeler.

It’s felt like a long time coming but Thomas Kjer Olsen finally makes the step up to race the MXGP class this year. The Dane was huge for a 250cc and that really hindered him at times so it’ll be nice to see him on the bigger bike. Instead of having to really push and be aggressive the Factory Husqvarna rider will now be able to use the power of the bike and he’ll probably enjoy the change of riding style, it should suit him. 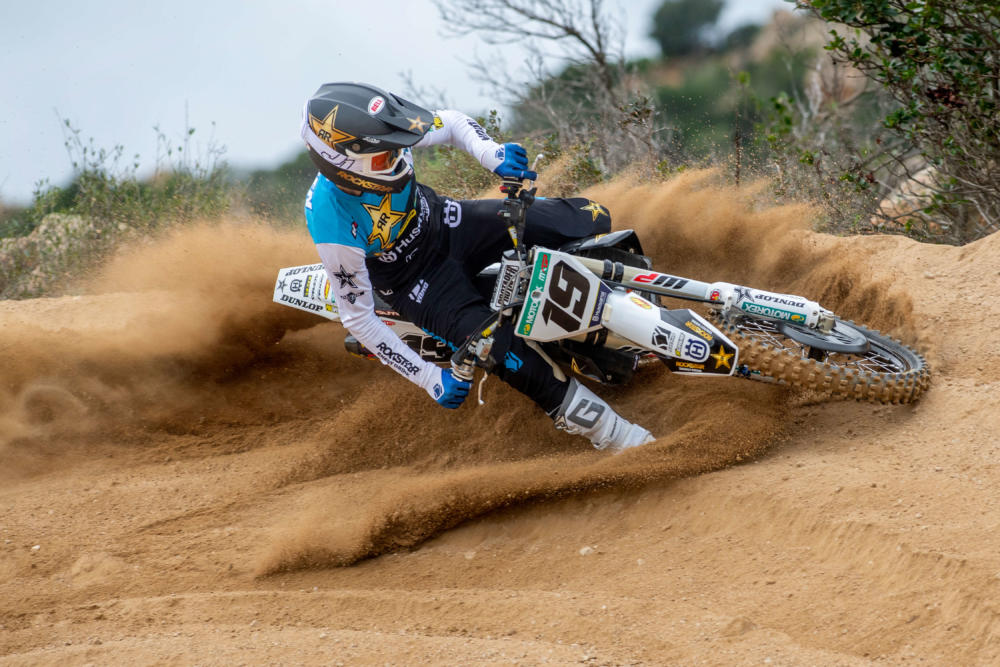 With Pauls Jonass leaving Husqvarna it leaves the team with Olsen and Arminias Jasikonis. Unlike Watson who’s not under much pressure to perform, Olsen might be to a certain extent but he’s been the main guy for Factory Husqvarna in MX2 for a number of years so it’s something he should be able to handle.

Husqvarna team manager, Antti Pyrhönen believes Olsen will run at the front of the competitive MXGP class. “He is looking really great with the 450cc, he is for sure made for the bigger bike. The general expectation is to work hard together and improve race by race our level and pace. We will try to have a complete and consistent 2021 MXGP season. We believe in him and it would be nice to see him quite at the front”, Pyrhönen told GateDrop.com.

Last year was Brent van Doninck’s first year racing a 450cc but he signed with British based team, ASA United to focus on the British Championship. The Belgian then had the opportunity to race the last three Grand Prix’s with the Gebben Van Venrooy Yamaha team and he didn’t disappoint. Van Doninck finished thirteenth, ninth and tenth overall at the Grand Prix’s at Arco di Trento which was quite impressive. 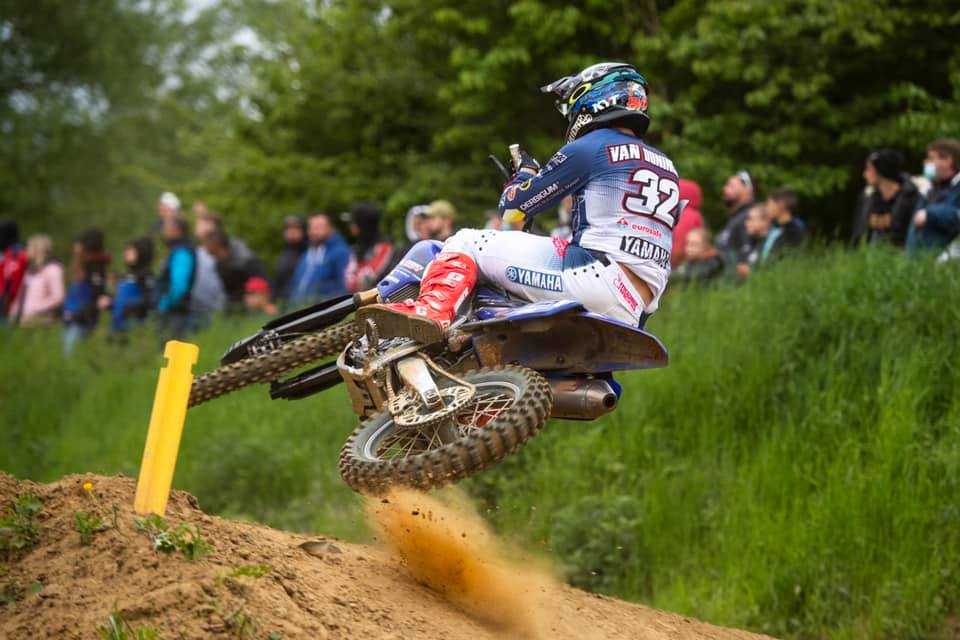 The Gebben Van Venrooy Yamaha team were clearly impressed as well as they decided to snap up van Doninck for the 2021 season and he’s now got his chance to shine after a year with little Grand Prix racing. Similar to Olsen, van Doninck suits the bigger bike a lot more and there’s no doubt he’s always had a lot of potential.

Initially, Alberto Forato was set to contest the MX2 World Championship this year but a late decision was made to move him up to the MXGP class. The Italian is used to racing the 450cc as he’s raced the bike in the Italian Championship the past few years but always focused on the MX2 machine at World or European level.

Forato is huge and clearly suits the bigger bike more but the one issue is he’s been dealing with an injury this winter. Whilst he is back on the bike his preparation hasn’t been ideal so he won’t be at his best at the beginning of the year. As he grows and gets back up to race speed though, there’s no reason why he can’t surprise – he could be another Arminas Jasikonis in the horizon. Don’t forget the Italian is still young and could be racing MX2 so he has a bright future ahead of him.

There’s no doubt that Alvin Ostlund has always had a lot of potential and talent whilst he’s had some good results throughout his career, it hasn’t yet exploded into life. The Swede has a lovely style and is great to watch but isn’t known for his aggression so should enjoy playing with the power of the bigger bike. 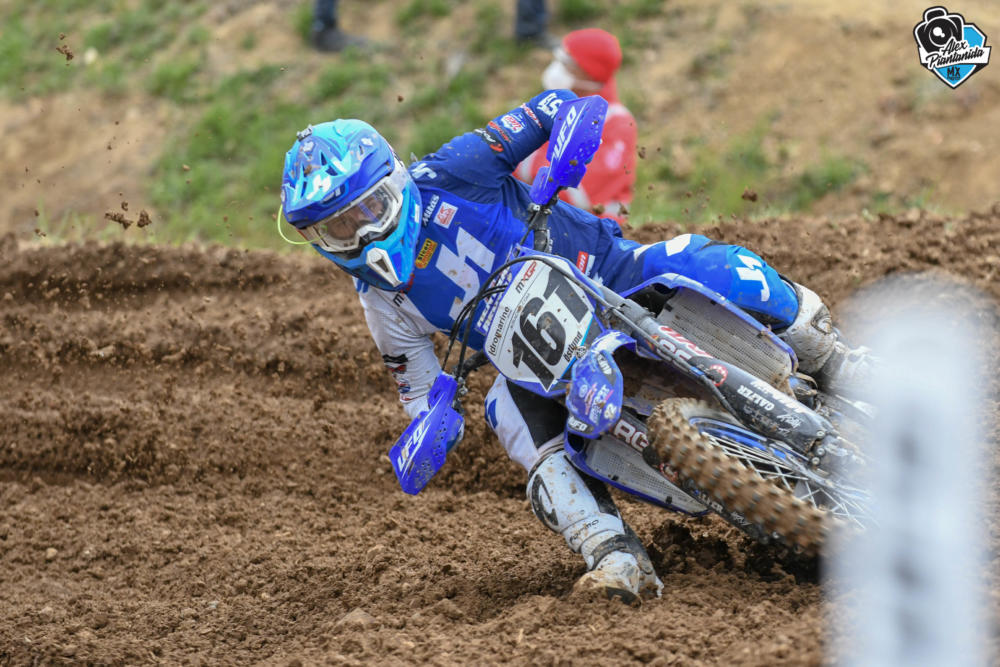 The problem with MXGP is that it’s incredibly deep packed full of talent and national champions. However, if Ostlund can learn from the best riders in the world it should make him a much better rider. It could prove to be a smart signing from the JK Yamaha team as he’s got potential waiting to be unlocked.

An interesting one to keep an eye on is Jimmy Clochet as he inked a deal with the Factory Beta SDM Racing team which is the new manufacture in the paddock. The French rider contested the last few rounds of EMX open series last year at Arco di Trento and impressed. Beta decided they wanted a young rider to partner the more experienced Jeremy Van Horebeek and went with Clochet. The MXGP level is incredibly high but it’s all about learning and if he can help develop the Beta as well that’s a bonus. 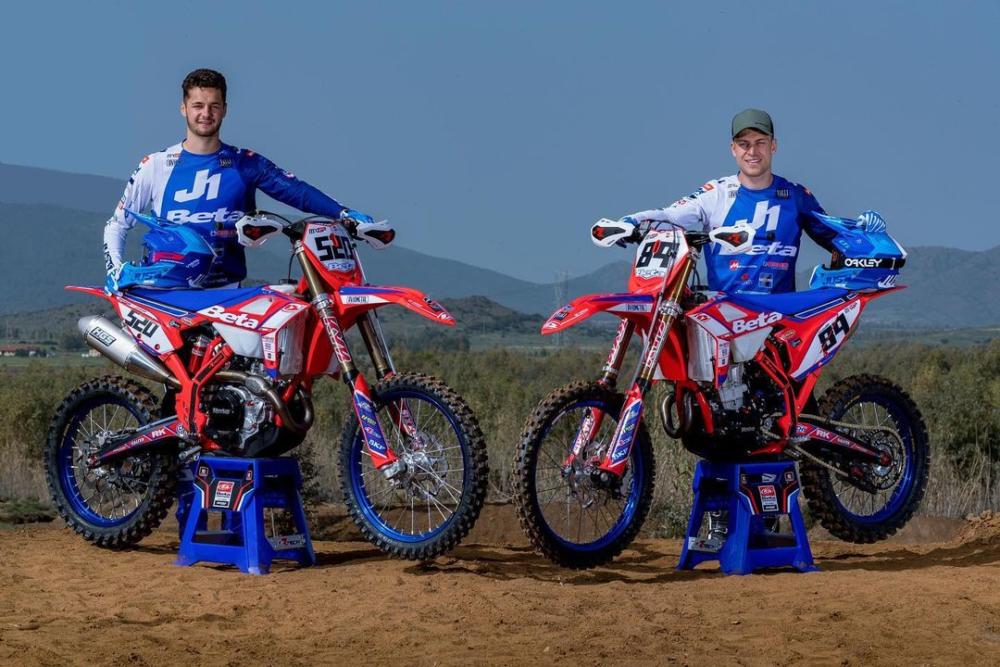 It’s been an unusual career path to say the least for Lorenzo Locurcio to get him to this point. The Venezuelan spent many years racing Supercross and Motocross in America but had the opportunity to race the EMX250 series last year. Despite missing the opening round he managed to finish seventh in the championship and now he goes from the EMX250 series to the MXGP class. The JD Gunnex KTM team decided to snap him up and it could turn out to be a good fit.

If we rewind the clock to six or seven years ago, Miro Sihvonen looked to have the world at his feet. Unfortunately, injuries have really played their part in his career which is a shame as he’s a big talent. The past few years he’s spent away from the GP paddock racing National championships but he’s inked a deal with the JWR Honda team this year to contest the MXGP World Championship. After a few years outside the GP paddock it’s never easy to come back due to the level so high but if he can stay injury free and learn as much as possible then we might see him blossom into the rider we all knew he could have become. 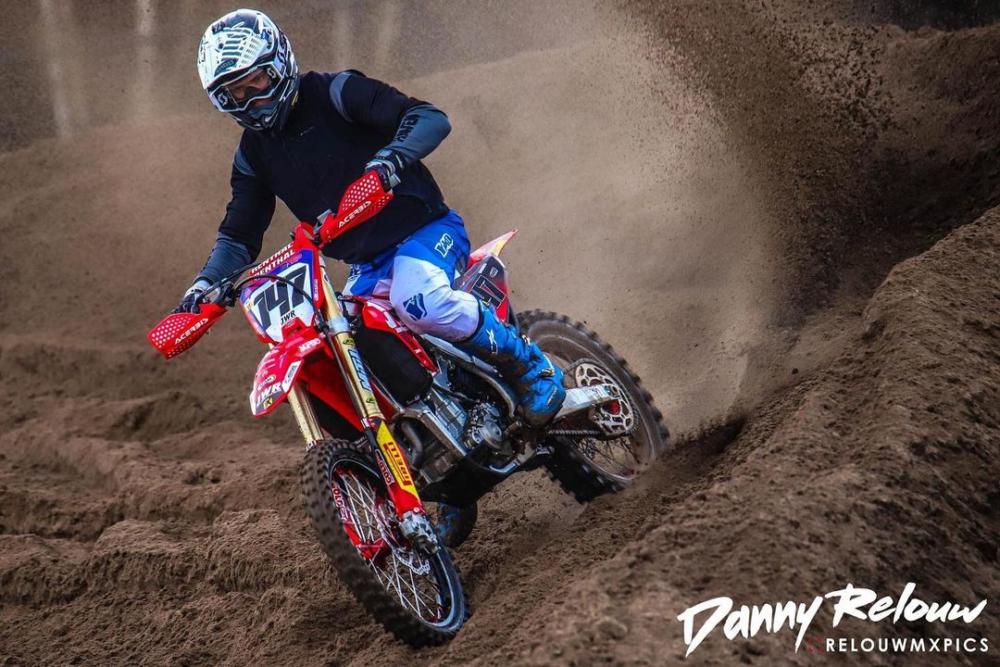 Last year young Brit, Josh Gilbert had a bash at contesting the MX2 World Championship and he had some good results and speed. The RFX Husqvarna rider ended up twenty-first in the championship despite missing the oversea races and the rounds that collided with the MX Nationals. Unfortunately, his preparation coming into this year hasn’t been ideal due to his ACL injury but he’s recently got back on the bike so we can look forward to seeing him do some wildcard MXGP races later in the year.

After many years contesting the MX2 World Championship, Hardi Roosiorg has a new challenge for the year ahead. The Sahkar KTM team run a family based team so Roosiorg has a good thing going there and it’s a relaxed atmosphere but the Estonian is fast and has scored points at world level which is far from easy. He’ll look to score as many points as possible in MXGP.