Interview: Bruno Losito on NGS Honda and working with Ferrandis/Moreau 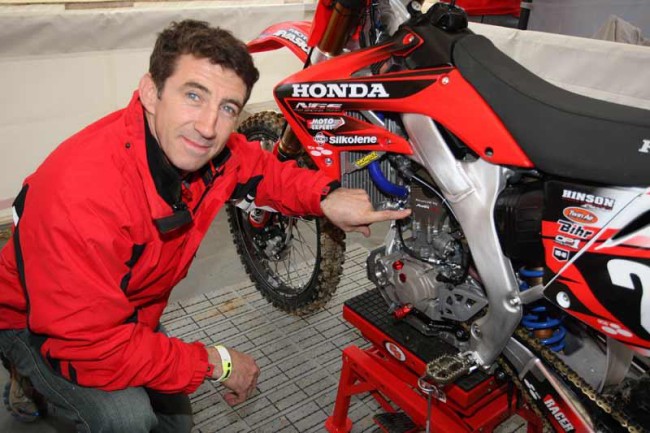 Bruno Losito is well known in the GP paddock as he’s a rider coach and has worked with some of the best in the sport – Arnaud Tonus, Dylan Ferrandis and Brian Moreau to name just a few. However, before Losito got his coaching role he did run the NGS Honda team. A privateer team in the MX2 World Championship and he has good memories with Marvin Musquin although it didn’t have the best ending for Losito and his team.

We caught up with Losito to discuss a range of topics.

Gatedrop: Bruno, how did you initially get into the sport?

Gatedrop: You decided to start up a Motocross team (NGS Honda), where did the idea come from and how was it to start up your own team?

Losito: On the day I started with Motocross, I realised I needed to give the rider leadership in order for them to succeed in the sport. After starting late in Motocross, after a few lows,  I realised I couldn’t have a long career myself. I passed my exams, degrees and following the friendship I had with Gregory Penvern, with we made efforts to provide leadership (accompanied by Adrien Lopes). This all started in 2000.

Gatedrop: Honda’s haven’t the best reputation when it comes to Honda 250cc’s, what was the decision behind starting a Honda team in MX2?

Losito: I started with Yamaha for Europe, I did my first year in 2005 with two riders, but the support was too short and I met Bernard Rigoni from Honda France, who would follow me in my adventure. So I signed a better contract with Honda France for 2006. Of course with my team, we worked a lot to make the bike more powerful.

Gatedrop: You worked with a number of riders throughout the years at NGS Honda, which riders did you enjoy working with the most?

Losito: In general, while I was taking care of the Team, I had a great complications with my riders, they knew I was there to give them a lot of my time. I enjoyed working with Penvern, Pela Renet, Annelot, Lefrançois, Clermont and Musquin before the problems! The greatest was with Pela who was very experienced.

Gatedrop: As a team owner, when you look back at that time, what races were the highlights for you and can you talk me through them?

Losito: In 2007, Pela Renet made beautiful things during his first year on the 450, it wasn’t like MXGP is today.  The Musquin brothers arrived in 2008, and Marvin had done a great season for his first year in the category (Germany and South Africa were two good races). The best arrived in 2009 with a nice first victory in Bulgaria and several podiums etc. Of course in Spain, when he first took the red plate as the championship leader for the first time.

Gatedrop: In 2009, you had Marvin Musquin under the awning, how was he to work with? A big talent!

Lostio: Marvin was talented from a young age, he had to work very hard physically to grow and run with the best riders in the World. At the end of 2008, after our first year together, I had seen the effort. The doctors/trainers were also impressed by this recovery speed. There’s no doubt that Marvin had great technical ability. 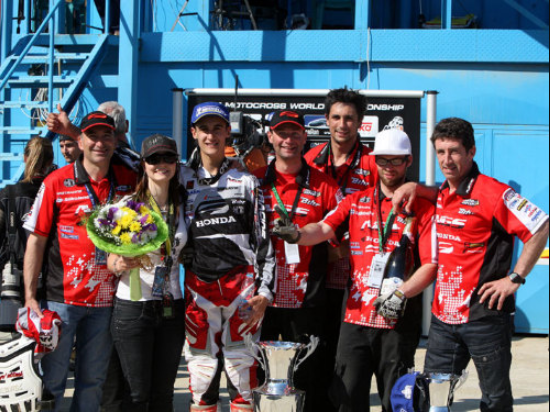 Gatedrop: Musquin even had the red plate but then claimed to not get paid and went to Factory KTM. From your side, what all went on there? It was a disappointing result for you, if he stayed you’d have won a world title!

Losito: It was promised to Marvin that he would be paid, Mathilde (now Marvin’s wife) was coming to my house to get the grocery bonuses. In 2009 Youthstream (now known as Infront Moto Racing) asked the Team for a 10,000-euro contribution for each rider and when I signed Marvin at the end of 2007, there was no need to pay this fee to contest the MX2 World Championship. All of this had hurt me to fulfil the promises of the contract but I had asked Marvin to make a little effort and let me give him (the money) a little later. With a coach he decided to break the contract without giving Honda France time, waiting for Honda Europe. That year, Marvin on the Honda could have become World Champion, there was no big competition.

Gatedrop: You decided to stop the team, what was the reason for stopping and do you miss running your own team?

Losito: I wanted to stop it, all these problems were triggering a disease, and it was hard to keep going. With Honda Europe I did continue (after the Musquin year) and I ended the last season by finishing third in the European Championship (with Lefrançois). For the record, that year in Europe, I had no budget. Following all of this, my next adventure was to become sports coach and technical adviser with Team CLS.

Gatedrop: After the team stopped you got into coaching and have helped Dylan Ferrandis and Brian Moreau to name a few, how were they both to work with?

Losito: Oh my god. Two very different riders, especially when I met them. Dylan, was very determined, very demanding, especially when he saw the work we put in him. The only problem is that Dylan was hurt and it stopped us from working the whole body like we wanted.

With Brian, we didn’t work together at the right time, he wasn’t motivated, and I had to be a little in his game to motivate him to work and build up. It was the only way to reassure him and force him to work physically. Without races, he didn’t want to make sacrifices on the motorcycle, but we managed to do some good performances, he had good speed and races in MX2. He has a great future ahead of him if he can recover from his injury.

Gatedrop: You are still involved in the sport, what riders are you working with at the moment and how is it going with them?

Losito: This year I work for the VHR KTM team with Scotty Verhaeghe and Mathilde Martinez. I have other young riders and also do MX coaching and special classes for riders.

Gatedrop: What’s your thoughts on the GP paddock these days? It’s very stacked and more factory rides than ever in MXGP!

Losito: Yes, competition is very beautiful, the equipment is always more efficient, very sharp riders. The paddock is worthy of the most valuable in the Motocross sport, but today there is no room for small teams who want to grow their riders. Going around the planet with a budget of €120K at the time the Team NGS time, that is impossible today. Without money you stay at home.

Gatedrop: What’s your plans for the future?

Losito: I wish I could approach the world title with a rider in the MX2 World Championship but it will be difficult now, I am happy with the World title of Livia Lancelot and the three titles in Enduro for Pele Renet. Today I keep this passion inside me, which has done me more harm than good but that’s just how it is.