Interview: Antonio Cairoli on starting the season with a podium 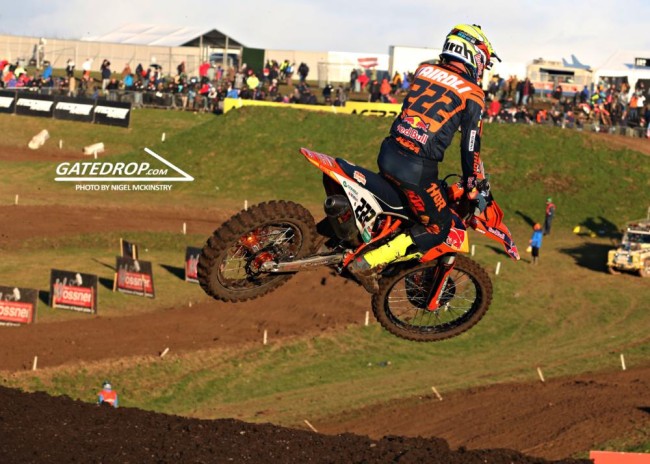 Coming into the season, Antonio has openly admitted he’s not 100% and at his best but that didn’t stop him impressing at the first round of the MXGP World Championship at Matterley Basin. The nine times world champion was really solid and went 4-3 in the moto’s to start the season with a podium in third overall.

Cairoli is a smart rider and knows consistency will win you championships so to start the season on the box is positive considering he’s not fully fit with his shoulder and knee giving him some problems.

We caught up with Cairoli after the first MXGP World Championship of the year to discuss his weekend and more.

Gatedrop: Tony, the first GP of the year, coming into it you aren’t 100% fit but to get third overall, you must be happy with the result?

Cairoli: Yes, I am happy of course. It’s the first GP after so many months without racing. It’s not one of my best starts of the season but I knew I wasn’t going to be fully fit with the injury in my shoulder. I started very late the preparation so I’m going to take it very easy this year and we will see what happens.

Gatedrop: In the second race to stay with Jeffrey pretty much the whole race, that must give you confidence?

Cairoli: Actually I know that when the track gets very technical and not so wide open as he likes always to twist the throttle very much. Today, it was technical so I could follow a little bit. The sun was bad and the rhythm was not very fast between me and him because we give up a little bit. It was quite dangerous the track but it’s okay. Next week we’re in Holland and lets hope for better weather.

Gatedrop: What was your thoughts on the track considering the weather? Personally I loved watching you guys ride such a technical track.. 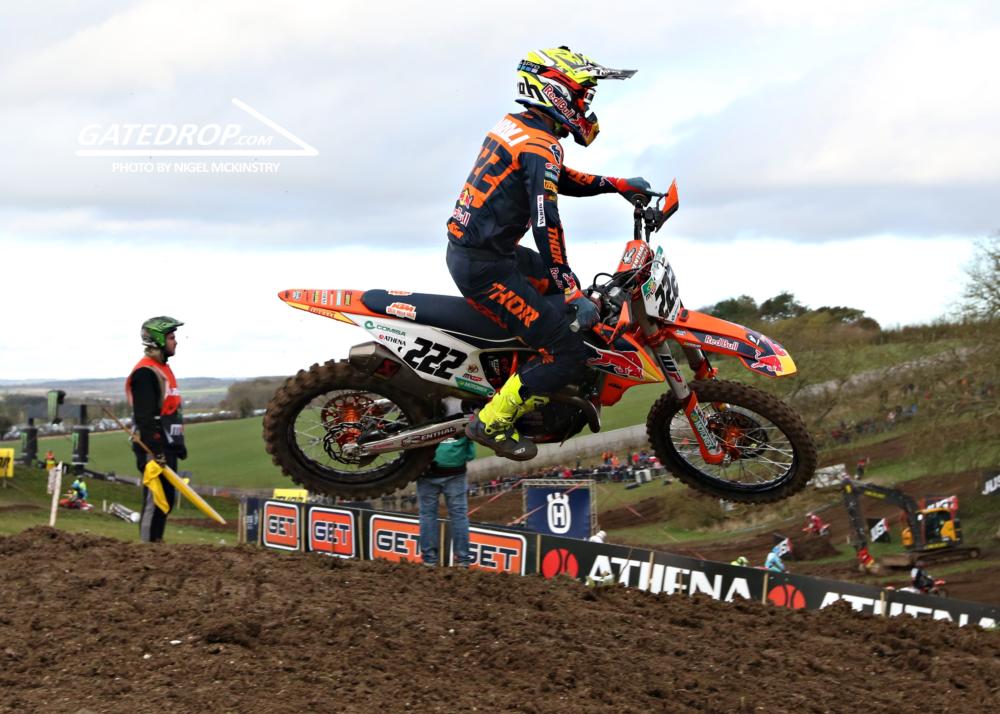 Gatedrop: I know you’ve a knee injury, how’s that going to affect you riding?

Cairoli: The knee injury isn’t so good because my knee was already quite bad but I need to see what we can do to gain some strength on the leg. I keep twisting it quite often and that’s why today I was being careful, especially on the right corners and with a lot of ruts like today, it was easy to twist it again. We will see, I try to build it up and to not hurt it again.

Gatedrop: What’s your expectations for Valkenswaard? It’s a track you like and usually do well at..

Gatedrop: Where do you think they should start the season – at oversea races?

Cairoli: The first round like all the motorsports, MotoGP, WSBK, they all start at places with warmer weather and then come here when it’s going to be better. They could start a little bit later the season, it’s already not bad like we did in the past.