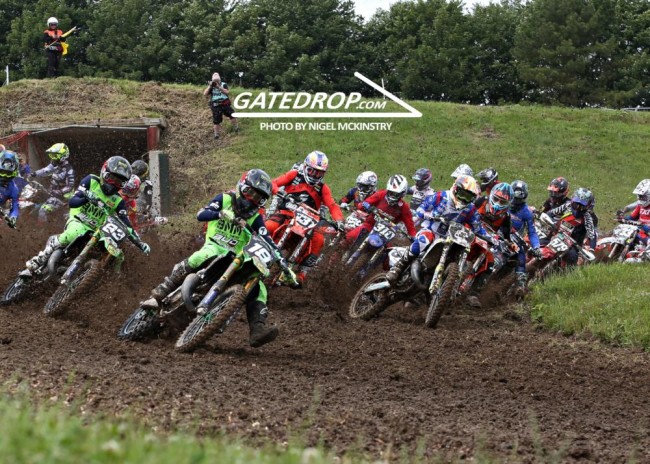 With the opening round of the EMX125 series taking place at the weekend we will take a look back at who impressed during Matterley Basin.

Coming into the EMX125 series, Håkon Østerhagen was one the strong favourites and he just showed everyone that had an eye on Matterley Basin what he’s all about. The young Norwegian talent looks fantastic on the bike, has a lot of corner speed and a great, attacking, flowing style. 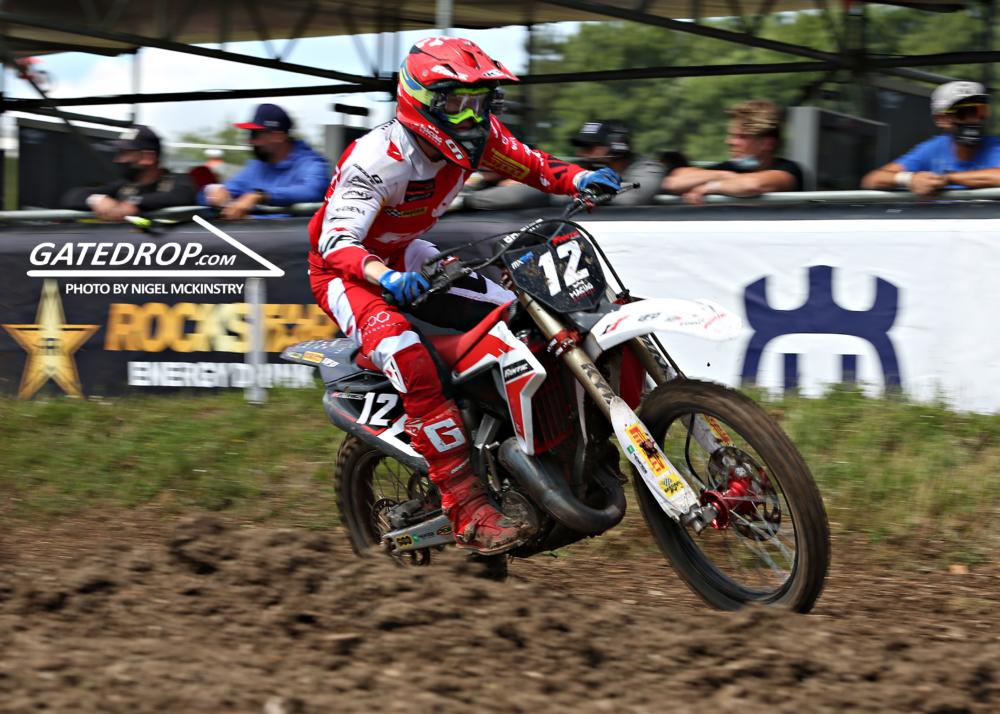 Østerhagen went 1-3 on the day but if it wasn’t for the red flag it’s likely it would have been the perfect day for him as he got himself into first but with the result going back a lap the perfect day wasn’t meant to be. It’s the first time Østerhagen has won at this level and considering a few years ago he had trouble qualifying, the progress he’s made has been very impressive. The kid has a bright future ahead of him.

“When you win the first race of the season you gain a confidence boost. I knew and knew in myself that I could just go out there and ride like I can that I would do really good. It paid off, I am just really happy for myself, team Maddii and everyone involved”, Østerhagen told GateDrop about his win.

Believe it or not that was Ferruccio Zanchi’s EMX125 debut after making the step up from the 85cc that he was riding last year but you really wouldn’t have thought it. The MJC Yamaha rider looked like he’s been racing the 125cc machine for a number of years and had really good speed.

The young Italian looked comfortable battling at the front and didn’t seem to show any nerves despite it being his EMX125 debut. In moto one he battled hard to take him an impressive fourth. Moto two was going even better for Zanchi as he was in the lead, this would have been his first time leading at this level and he didn’t look fazed. However, it went wrong when he collided with Karssemakers and was down on the deck knocked out. After they put the result back a lap Zanchi actually won the moto. 4-1 for second overall on his debut is very impressive and should give him plenty of confidence. The word from his team is that he has escaped serious injury but after being concussed it’s unlikely he will race round two this weekend.

What a weekend it was for Bobby Bruce! The ASA United GasGas rider has clearly had a great winter and it shows –  working with former GP rider, Brian Jorgensen looks to be paying off. Racing in front of his home crowd and he made sure he didn’t disappoint battling at the front and showing great speed. 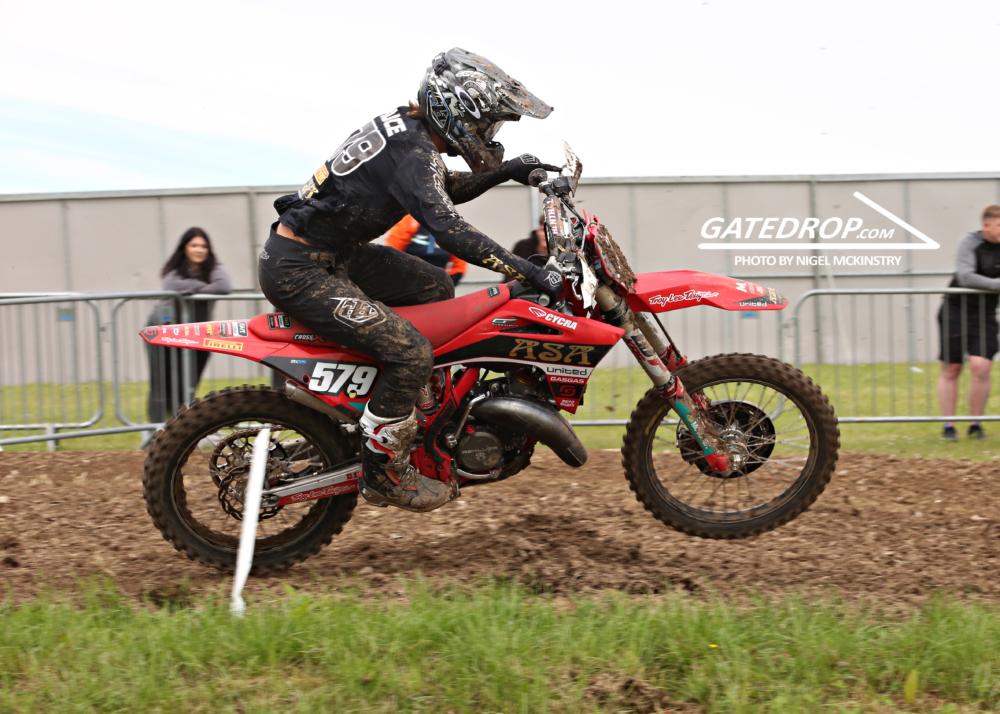 In race one, Bruce was demoted three positions for cutting the track which was a shame – it meant he finished sixth in the official results. The second moto was much better as he was battling for the win and looked great. In the end it was 6-2 for third overall to get his series underway with a podium. If Bruce can show the same speed outside the UK he might just challenge for this title.

One rider that really impressed at the season opener was young French talent, Marc-Antoine Rossi but he didn’t make things easy for himself with bad starts. In moto one, he was tenth after the first official lap which give him lots of work to do but he stayed calm and worked his way through the pack – he ended up a strong second.

Again it wasn’t a great start in race two in eighth after the first lap but after five laps he worked his way into seventh – 2-7 for fourth overall is a good start to the season. The young French rider who is working with Seb Pourcel should be knocking on the door for podiums this year if round one was anything to go by.

When it comes to style, Sacha Coenen looks great on a bike – what a technique he has and he’s still pretty small. The BUD Racing team spotted the potential in Coenen and you can see exactly why.  3-8 for fifth overall for the Belgian talent is a strong start to the season and something to build on. 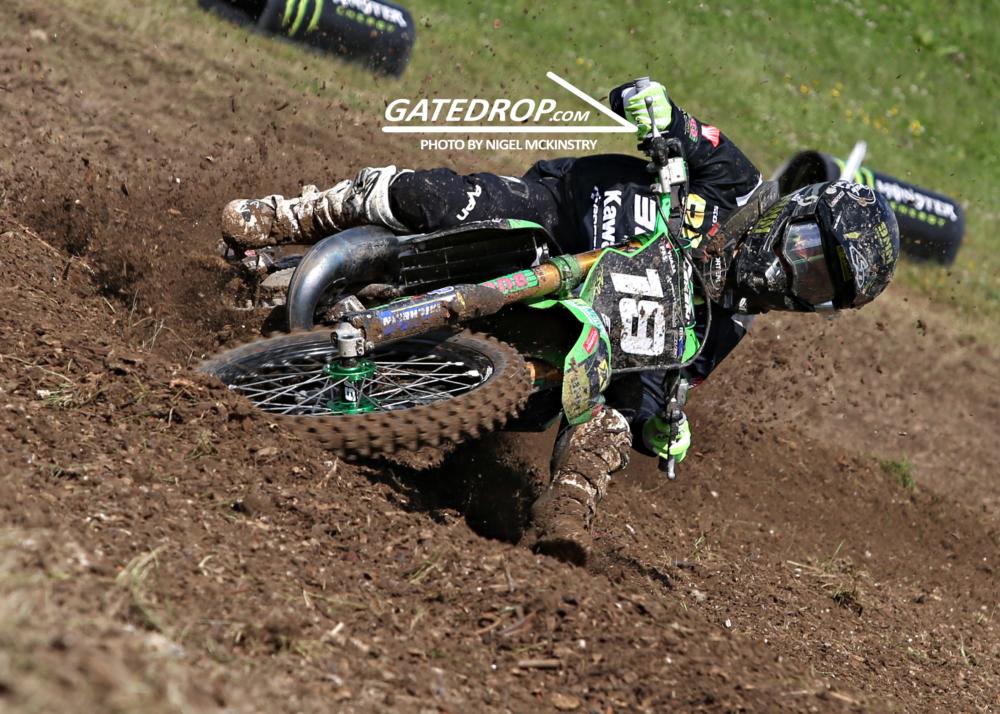 Considering there’s not too much talent emerging from Belgium, Coenen (and his brother, Lucas) could be the ones to look out for. As he grows and gains extra strength, he should only continue to improve – he has a lot of potential.

The past few years for Kay Karssemakers have been difficult mainly because he’s had issues staying fit. It’s important for the Dutch rider to stay fit this year and really progress because we know he has the talent. Karssemakers has grown a lot over winter and is big for the 125cc but it didn’t stop him running at the sharp end.

The SKS KNMV Husqvarna rider went 7-4 in the moto’s for sixth overall. He was involved in the second lap red flag but thankfully he escaped any big injury which is a relief. With all the EMX125 races being in hard pack, it might just help Karssemakers turn himself into the complete rider as we all know he can ride the sand. It was nice to see Karssemakers run at the front this weekend to remind us all of his talents.

One rider that looked good in the International Italian championship in pre-season was Luca Ruffini but translating the same speed in the EMX125 series isn’t always easy. Having said that, Ruffini looked great at Matterley Basin. 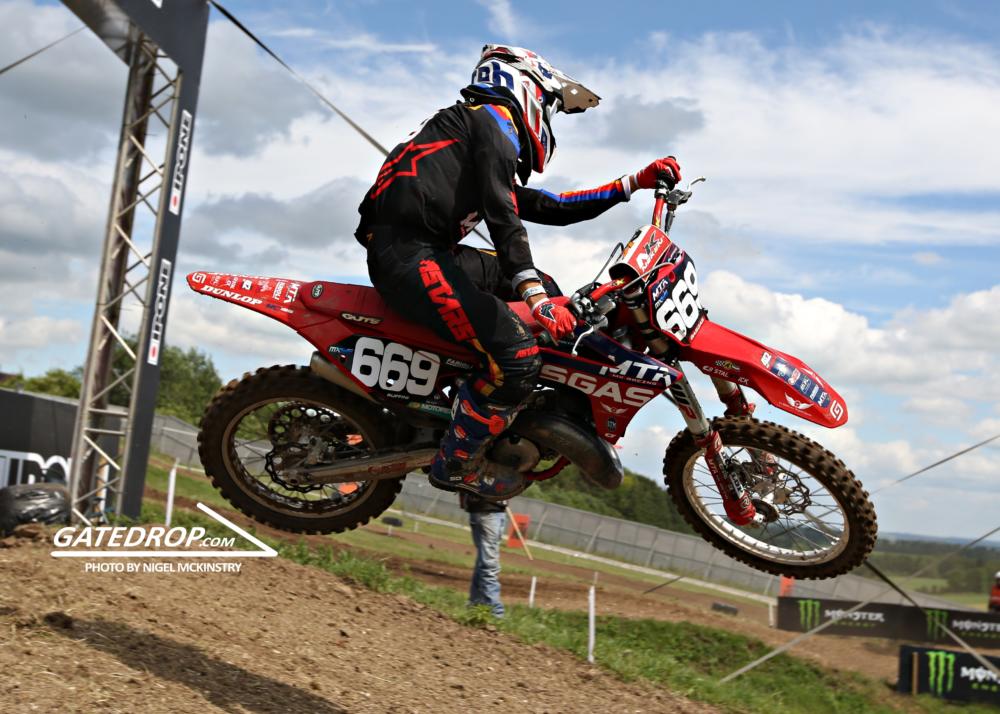 The Italian went 14-5 on his privateer KTM which shows he has the speed if he can get out of the gate and he might be able to put himself in the shop window for a good ride if he can continue putting those kind of results in as the season progresses.