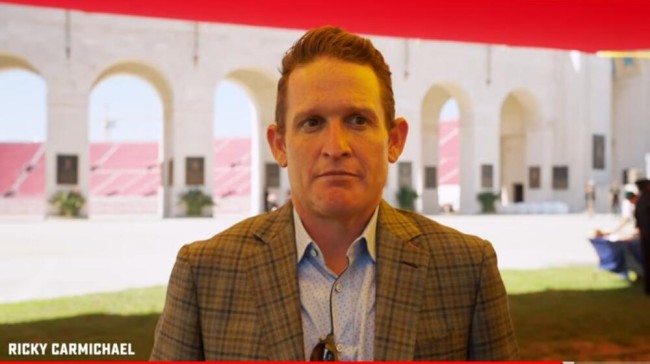 The US industry are very positive about the new SMX championship that will see a three race play-off indoor SX MX hybrid series based on the top 20 combined riders from US MX and SX that could and should provide some very exciting and unique racing with the final at the LA Colesium in October, the 31st AMA event on a lengthy US calender.

Get the industry thoughts below:

Interestingly, the amount of intentional times during the press conference they made sure to say SuperMotocross world championship in the week the FIM backed world supercross championship kicks off, only emphasises the acrimonious ending to the FIM/AMA supercross venture!

It also creates an ironic and comedic subtext regarding some, who aren’t as keen on using the term World Championship when talking about MXGP, preferring to use the term Europe, presumably in a bid to lesson it’s status and regionalise the series with some in the US bizarrely refusing to accept it as a real world championship like F1 and MotoGP, (despite many decades of being sanctioned by the FIM, the global body of the sport), yet are now suddenly, fervently and frequently, using the world championship term to promote SMX.

But, regardless of names and agendas, the glorious bottom line is that with WSX and SMX next season, added to the MXGP world championship and AMA supercross and motocross series’, there is more money on the table for riders and more top tier racing for fans – so let’s enjoy it all!