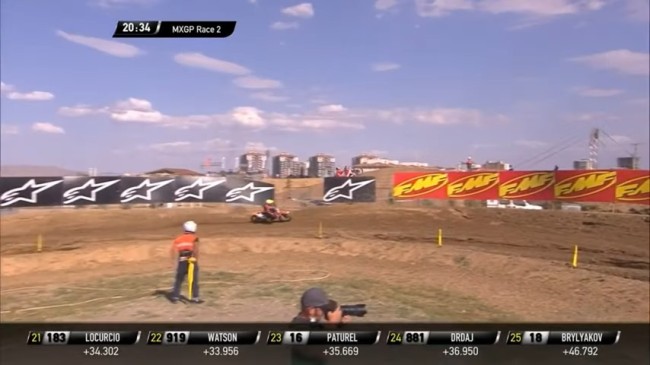 This was scary! Pauls Jonass hit a nasty breaking bump and ended up going straight on over the advertising banners. The good news is that he’s only bruised and he’ll race on Wednesday.

“It was a frustrating end to the day after such a good first moto. During the break in the calendar I improved my fitness even more as well as my speed on the bike and I really felt like that showed in race one. Fortunately, I’m ok after my big crash in race two. It was a wild one and I landed on asphalt, which is never good. Luckily, I just have some really bad bruising, so I’ll be back for more on Wednesday. I’ve no doubts about what I can do and I’m excited to be racing again in a few days”, Jonass stated in a GasGas press release.