Video: Nasty crash for Vince Friese then gets hit 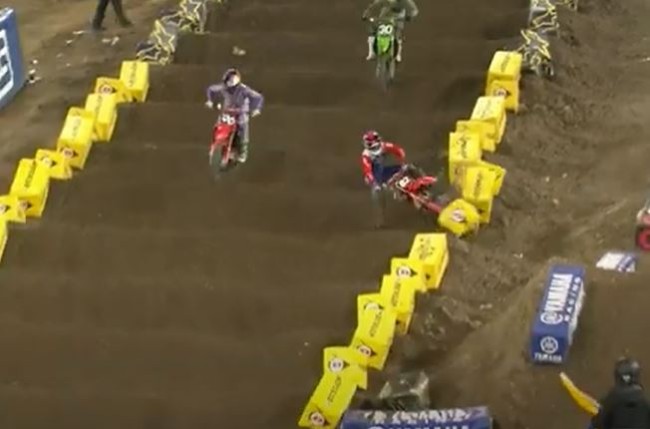 Vince Friese was battling hard for a podium at Anaheim 2 and was holding onto third position with two laps to go. The American then crashed hard in the whoops and Jo Shimoda with nowhere to go hit him to make matters worse!

Jonathan McCready and Andy McKinstry look back at Anaheim two, another unfortunate foot injury for Jeffrey Herlings and the first pre-season internationals in Europe ahead of the world championship beginning in three weeks. Listen on iTunes here or get it on Spotify or YouTube below: