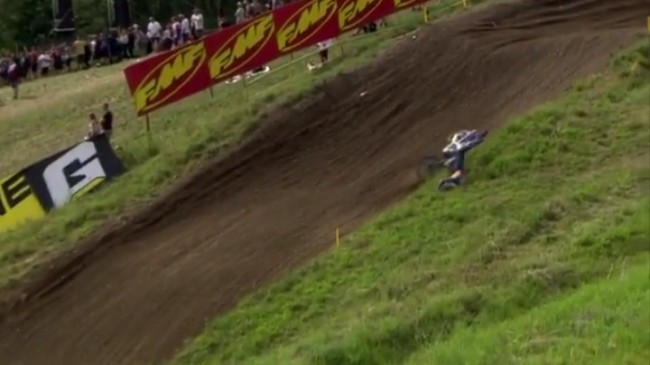 Calvin Vlaanderen was riding really well in Loket before it went wrong in Moto two. As the Gebben van Venrooy Yamaha rider tried to pass Shaun Simpson for sixth he had a nasty crash – the bike was too damaged to continue but thankfully he’s okay!