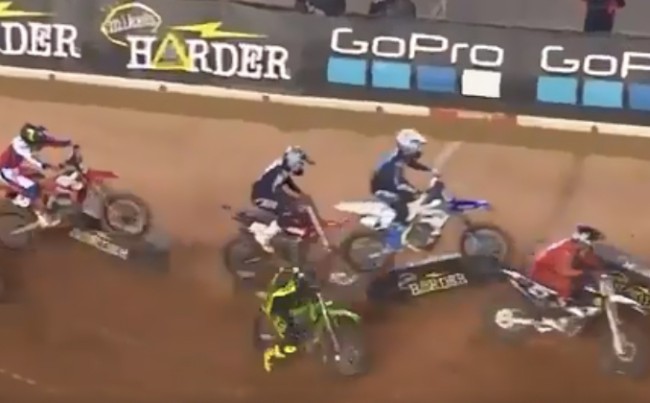 Poor Cameron McAdoo couldn’t catch a break on Saturday night. After his big crash in practice he then got landed on in the main event then got brutally taken out by Garrett Marchbanks after having already crashed in the whoops trying to avoid a downed Seth Hammaker!

McAdoo’s title hopes are now all but over after he bravely rode back up to 13th but is now 22 points behind Justin Cooper.

The crash on lap 1️⃣ of the 250SX Main event that caused the race to be red flagged 🚩 #SupercrossLIVE #DropTheGate pic.twitter.com/yDKii9mW60