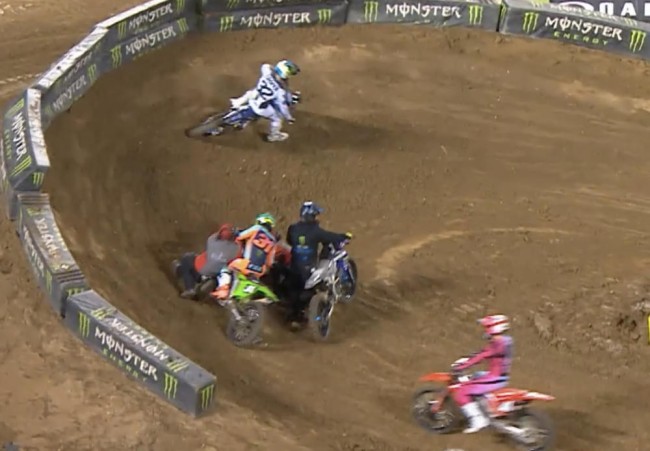 Cameron McAdoo managed to knock down a medic and an already down and out Alex Martin despite being warned of the incident in the corner.

Despite everyone else managing to avoid them, McAdoo known as “Wackers” by the Lawrence brothers for his wild riding, lived up to his name and skittles the stranded duo after finding himself in the middle of another wild scenario.

McAdoo said of the incident: “It was pretty crazy. We started getting red cross flags before we even got to the triple. One of the medics after Justin had gone by was trying to get across the track to Alex and he crossed in front of me. I had nowhere to go.”