Video: Kevin Strijbos on the Kawasaki 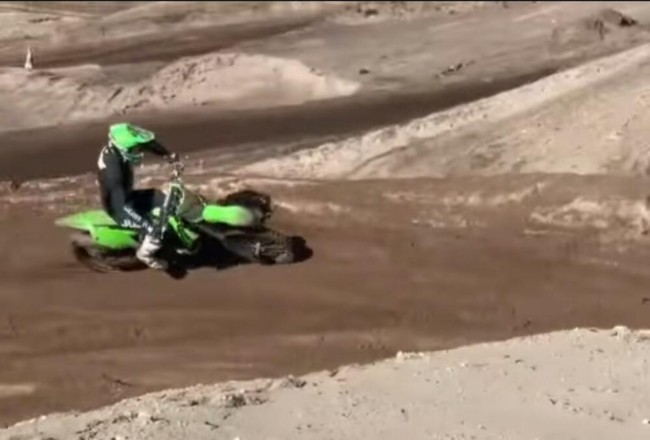 See Kevin Strijbos back on a green bike for the first time since 2008!

We caught up with Strijbos after Hawkstone International to discuss his new role with factory Kawasaki and more.

GateDrop: Kevin, a new role for you this year going from MXGP rider to a trainer. How did the opportunity come about for you with the Factory KRT team?

Strijbos: Actually, Antti called me to see what I was going to this year towards the end of last year just before Mantova. I told him I had no clue, that Mantova was going to be my last race and then we were going to see what’s coming up. He asked for a chat and we did that, it went a good way quite quickly. I think it was one week later that everything was done. I am happy to be here.

GateDrop: Even though you were a rider at Gebben last year I believed you were there to help Brent van Doninck and Calvin Vlaanderen, did that help you for this role?

Strijbos: Well, not really. I wasn’t helping Brent or Calvin, I was just there as a rider and if there was something they needed, they could ask. It was not like anything close to what I do now with Ben. Normally I am with Ben every day but last week he was in England and also this week he will be in England but normally I see him every day to cycle with him and all that. It’s good, it’s something different of course and I’m sure there’s still stuff I also need to learn. You know, I’ve been here for 21 years in the GP’s so I know quite a lot of things. I also had some good trainers in the past so I know what can work and what doesn’t. Even if every rider is not the same so you still need to look for some other options.

GateDrop: How do you feel the role has been going for you so far in terms of transiting yourself from a rider to a coach?

Strijbos: Quite well, I guess. I mean first of all I thought I was going to miss riding a lot but actually I haven’t rode since Mantova, I only rode once last week to break a frame in and that’s it. Maybe it’s because I was completely over it and that’s maybe why. But I think maybe when the sun starts to come out and the weather is going to be good then there will be a chance that I will ride more but that’s not the priority. The first priority is with the riders and with the team and making sure they’re happy and good. If I can send a day with them on the track then for sure I will do that.

GateDrop: How has it been working with Ben so far? It’s been a shorter off-season than usual so maybe he’s had to change his program a little bit compared to the past?

Strijbos: I don’t know if his program has changed, I don’t know what he was doing before but we sat down and made a plan. He was really keen and he’s a really kind guy, he listens to everything I say to him as well. It’s nice and he’s still young so he can still learn quite a lot, but I think at the moment that everything works good. Like you say, the off-season is short but that can be a good point because he started at the beginning of December so it’s not like he had such a long off-season so physically he was still good. We did a test and everything and started from there, I think he has made some steps and for sure there’s still more steps to make but we are on the right way. Hopefully he is happy so we will see. 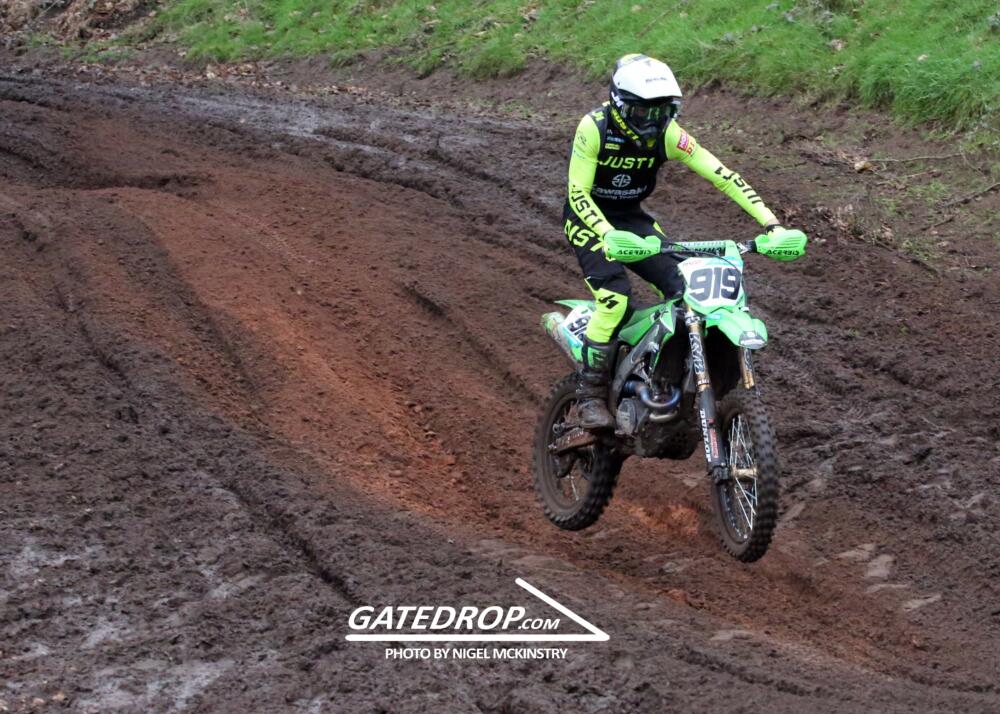 GateDrop: Ben is obviously going into the season as the only Factory KRT MXGP rider, do you think that adds to the pressure? Were there any situations you were in a similar scenario and how did you find it?

Strijbos:  Yeah, I was always quite good to be honest. All the attention was on me then and I could speak about what I wanted, and they’d change everything to what I want so there wasn’t too much pressure on that side. I don’t know how Ben feels about that, but we try to keep the pressure away and I know that is difficult because he’s a factory rider and the only one for us to start the season. I think so far he is handling it pretty well with the training and the riding so hopefully it can be the same at the GP’s. For sure it’s another step up from the pre-season races but it can also turn in a good way instead of the wrong way.

GateDrop: Just on Febvre, he’s going to miss the opening MXGP rounds but he has started physical training. How’s it been working with him so far?

Strijbos: Working with Romain is actually similar to Ben. He’s a lot older and has more experience and it’s not like I need to show and teach them how to ride a bike – the same with Ben. We are working well with Romain, we have started swimming more and that’s something he didn’t do much of before so that was something he needed to adapt to. He does really good at the moment with the swimming, that was one of the only training’s he could do and a little bit in the gym but now he is starting to cycle and all that, everything is okay.

Riding wise it’s not there and I think the recovery is going faster than normal but for him it’s not fast enough but as a rider it’s always not fast enough. He’d like to be riding the bike already but it’s not the time yet so we will see hopefully soon. We will take it step by step because it makes no sense to skip three GP’s and still wants to rush it because the championship is over then anyways. If he skips one or two then it’s still alive a little bit – with missing two GP’s, if everything goes well, he can still do it but at the moment it’s not on the table. First of all, I just want him to be confident and go out there and battle with the guys because it’s a high level.  If you go there with just one time on the bike in six months, it’s not going to help.

GateDrop: Lastly, just on the IceOne team, it’s a big chance switch from Husqvarna to Kawasaki and a short off-season than usual, how do you think they’re dealing with the change? Seeing Ben at Hawkstone it looks pretty good so far.

Strijbos: Sure, Ben is riding well and adapting good to the bike and for myself I am just happy to be here working with Antti and the whole IceOne Kawasaki team. It’s been great and they know what they’re doing, we are happy with how it is at the moment. It was a short off-season and things had to go quick changing team and changing brand. There was maybe some stress but it’s the same everywhere. Everything is ready, the bikes and Ben is ready so we are good to go.