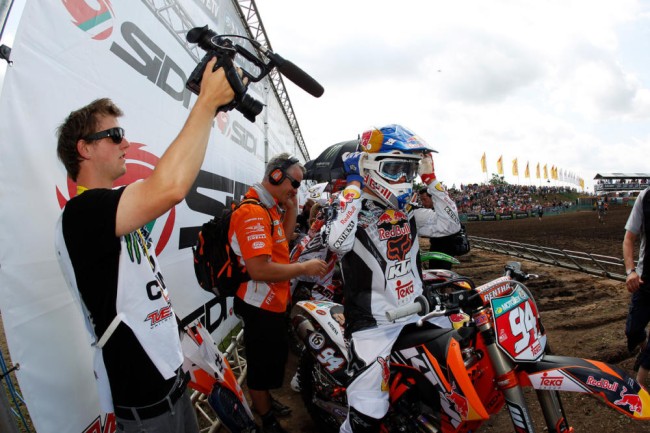 He has won three supercross races in a row and leads the championship but Ken Roczen has always had the huge hype around him from he turned pro at 15 and won a GP the same season!

Take a look back at 17 year old Ken Roczen in his MX2 world championship days in 2011 at his home and when he went to the Red Bull training facility. Then see him in action at his home GP in Teutschenthal, battling a 16 year old Jeffrey Herlings!

Roczen would go on to win the world championship that year over Herlings, clinching the championship at the penultimate round at home in Gaildorf, Germany.