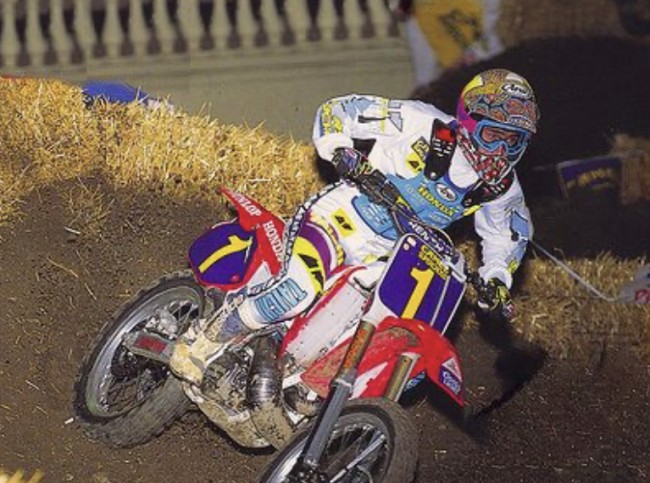 Some brilliant and very rare footage of one of the greatest ever to swing a leg over a motocross bike, Jean-Michel Bayle.

The documentary is in French but there is excellent footage from his rarely seen GP days that saw him capture a 125 and 250 world title ( as well as Bayle just wearing goggles and no face mask!) alongside some unique footage from Bayle at Anaheim and Gainsville in 1989.

There is also some great action with Bayle and an 18 year old Stefan Everts duelling on 250s in 1991 at the Masters of Motocross and the iconic, silky smooth and technically superior duo would go on to be two of the greatest riders of all time alongside Carmichael and McGrath and the two best ever from Europe ( Tony Cairoli is probably in that conversation now too) and Everts has raced both!

This is a brilliant film that also shows Bayle’s first steps on a road bike and a very young Herve Poncharal who is now the in charge of Tech 3 KTM helping Bayle – and he even does some car testing! This is a great reminder of just how sensational Bayle was on a bike and why he should always be in the conversation of the greatest of all time.