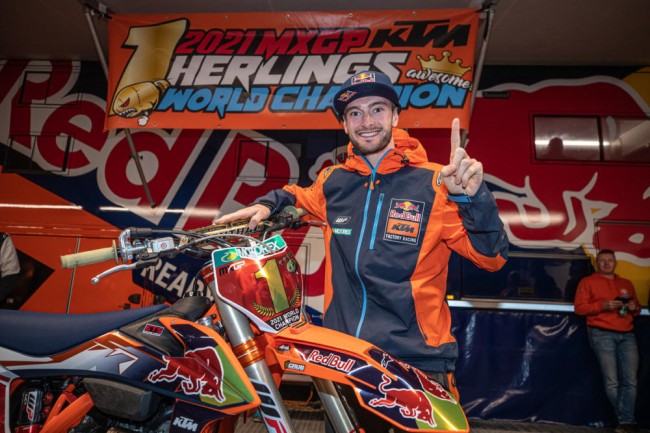 A very unique and very special Pay Per View one-on-one race between Jeffrey Herlings v Eli Tomac is still in the process of being set-up by Gypsy Tales host, Jase McAlpine. Even though the best rider in the world should really be proven by winning the MXGP world title across 7 months of races and 18 plus rounds across different countries and terrains, this special event would have the global eyes well and truly on it!

Despite Herlings already winning more often than not against Tomac in America, Herlings himself is very up for the challenge with Jase saying he has spoken to both about doing the race – and Eli really wants to do it as well! It might be unorthodox but it would be compelling with the setting hoped to be James Stewart’s compound for the two legendary champions to go head to head.

The Gypsy Tales host told Ben Townley: “I have spoken to Jeffrey Herlings, I have spoken to Eli Tomac and I have both of those guys saying they want to do it after supercross 2023.” That means it would be in the middle of Herlings 2023 MXGP season but at the end Tomac’s supercross season with Eli currently planning on not racing outdoors next year, so does that give Tomac an advantage already as he has nothing to lose and yet again it will be Tomac v Herlings in the USA?

How about one at Stewart’s then one at Lierop after a local race day? That means one in the US and one in Holland to make it fair…

Listen below for more with Ben Townley also involved helping organise intial contact with both riders for the intriguing idea:

However, Tim Gajser, the current world champ, might feel a bit left out, so can Eli just race the 2023 or 2024 MXGP season instead?! Chase Sexton is welcome to join too…

See how it went at the Florida GP and the US national in 2017: