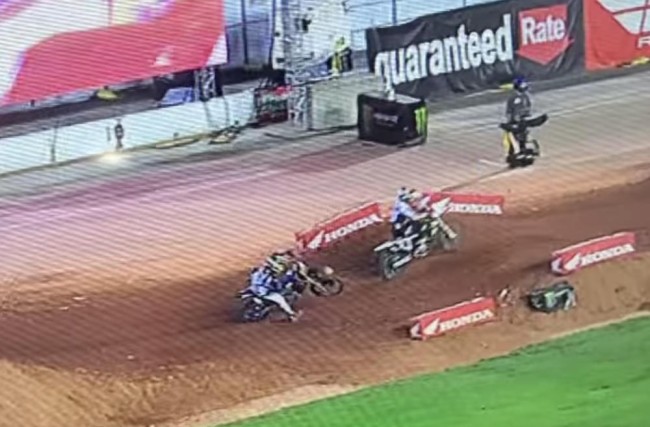 Dylan Ferrandis looked looked he had a chance of a podium at Atlanta, getting around Eli Tomac but then was unable to get around Dean Wilson! The frustrated Frenchman lost contact to the lead group then looped out while still behind Wilson with teammate Plessinger putting the pressure on.

Ferrandis commmented: “I felt good all day. I was fighting for the top five in qualifying, and then I had a pretty bad crash in the last session and kind of hurt my hand a little bit. I had a pretty good race going and was battling with the guy ahead of me. Then after the big wall, I opened the throttle a little bit too hard and wheelied, losing a little bit of control with the bike, and I crashed. I pushed so hard in the first few laps that I kind of burned myself out. After that, it was difficult, and I couldn’t really get my rhythm back and finished 11th.”