Video: Craig costs himself and Lawrence the podium 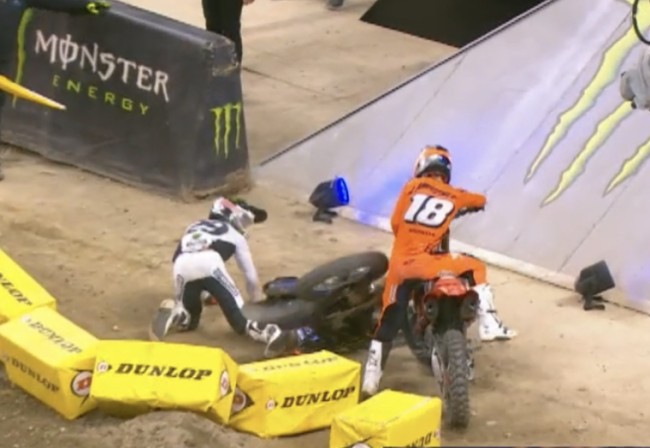 Christian Craig made a crazy move to try and protect his second place from a charging Jett Lawrence but went too far and went down himself after running into the tuff blocks!

Craig ended up fifth with teammate Colt Nicholls winning to leave him with an uphill task now to win the title. Craig also made the curious decision in his heat race interview to tell everyone that Nicholls weakness was his starts and pace early in the main event, but Colt proved him wrong to holeshot then pull away from Craig before a clearly flustered Craig made the overly emotional move on Jett.

It wasn’t a good night for Craig and that lack of self-belief under pressure combined with frustration has cost the immensely talented American again who now sits eight points behind Nicholls with Jett 13 behind the leader with only four rounds to go.