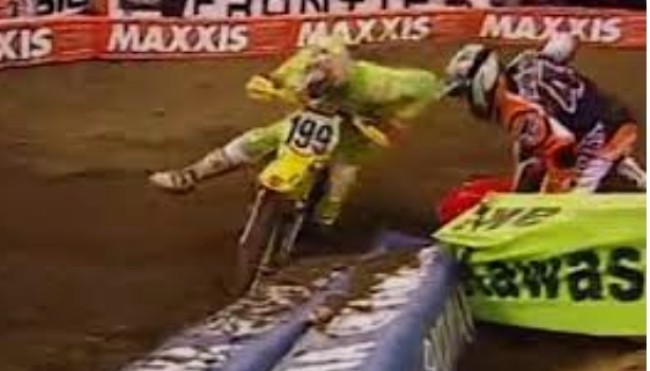 Ricky Carmichael talks about his run-ins with Travis Pastrana on the track in the early 2000s and he responds to Pastrana saying of RC a few years ago that..”He’s kind of an asshole, and that’s what you have to be to be the greatest, and I wasn’t willing to go there,”

Ricky responded, saying: “It’s true…he was supposed to be the guy to knock me off, and I knew that he wasn’t because I could see he had these other distractions. To reach the pinnacle and have a lot of success, you cannot have any discractions – you can’t.”

Get the full segment below, including their coming together at Indy in 02 and Anahiem 03.

Get Pastrana’s quote that was referenced here: