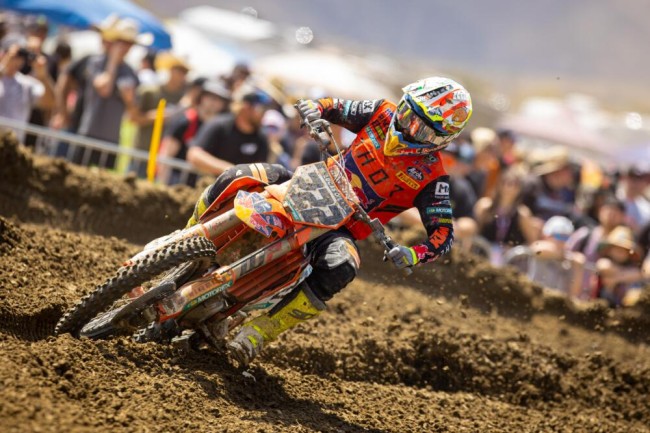 Swapmoto caught up with a number of 450 riders at Pala to discuss their first round, including Antonio Cairoli who took seventh overall despite a first moto crash, and he was still looking for fitness and bike comfort:

“I struggled a bit with the track, the setting of the bike,” he admitted. “Back in Europe I am riding with a different frame and it’s way stiffer than this so the suspension I developed was made for that frame so here I was struggling a little bit. I didn’t have the chance to test becuase we tested on different tracks to this, hopefully on Tuesday we have more time to come here and test and develop a little bit the bike the next race.

“Two times top six (until late race crash in race one left him 10th), considering the amount of training I had I am happy with it, first moto, a stupid crash in the last two laps and I threw away a sixth position.

“I didn’t do motos until I came here, I only deciced last month to come and race because I am testing for R&D, and here if you are fit you can attack the track more because it was very sketchy in a lot of places, I was just cruising with high gears and survive with a lot of bumps. I was still enjoying the ride even if the track was not one of my favourites, it’s still nice.”

Get the full interview below at 7 min 39 seconds…