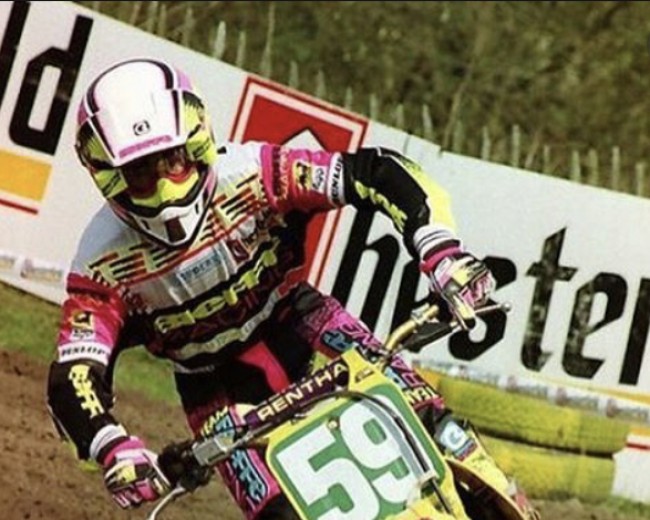 Reigning 125 world champ, Stefan Everts, makes one of his first 250 appearances in Europe in a highly anticipated move up to the premier GP class as a teenager. Everts had been racing in the 250 AMA supercross series for some experience and even got a top ten to underline his potential.

Everts went on to lead the early stages of the 1992 250 world a burst spleen cost him the chance of a 250 title in his first season in the class. Also featured is Bob Moore also moving up to the 250, Tom Vialle’s dad, Fred, and a very young Fred Bolley and Mickael Pichon – both Frenchman would go on to win two world championships each in the 250 class from 99 – 02, making it four French world championships in a row.