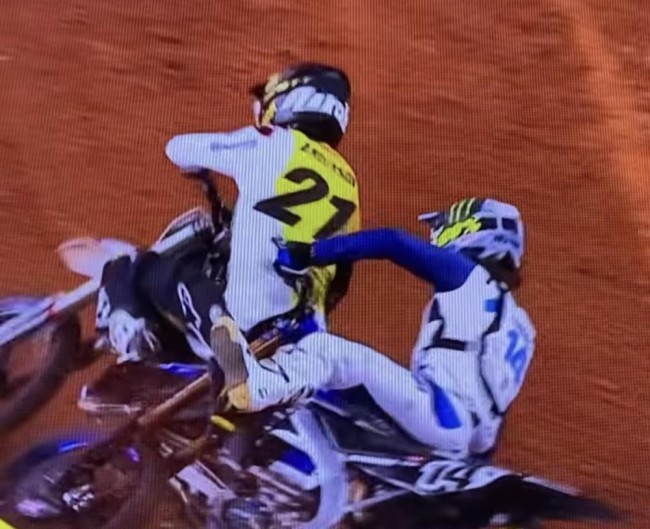 Jason Anderson made a ruthless pass on Dylan Ferrandis that left the Frenchman out of the race with Anderson ending up on the podium!

While Ferrandis commented: “The day started off well, I had a good start in both my heat and Main Event. Unfortunately, I got kicked out by another rider which made me crash. I hit my leg pretty hard and it was too painful to finish the race.”

See the move below and judge for yourself: